Mussoorie, 26 May: Brother Tomy Varghese has been transferred from his post as Principal of St George’s College, Mussoorie, to St Patrick’s Academy, Bangalore. As Principal of St George’s College from 2014 to 2020, Bro Tomy Varghese envisioned and implemented many initiatives for the institution.
His pioneering plans, innovative pedagogical methods, passion and commitment to give his best, accords him a distinctive place among eminent school leaders.
Bro Tomy Varghese served as the President of the Association of Schools for the Indian School Certificate Examination (ASISC) UP & UK region and was also the Executive Member and Coordinator of the Association of Principals for the State of Uttarakhand.
Bro Tomy Varghese has been responsible for the excellent results at the public examinations of the ISC and ICSE conducted by the CISCE, Delhi. Owing to his guidance, encouragement and belief in the ability of the students under his care, the percentage record of the school in the public examination now stands at a record high of 98.75%.
St George’s College has always kept pace with the times and ensured its students are equipped to succeed. As the Digital Revolution swept the world, Bro Tomy Varghese introduced Tablet Learning and Tata Class Edge Smart Learning into the curriculum, creating an active learning environment through visually rich multimedia, animation, interactive educational videos for students as well as teachers.
Under his aegis, the Creative Laboratory designed by Image Infotainment Limited India was introduced at St George’s College which went on to become the only school in North India to expose students to a whole new world that fostered creative thinking and equipped them with techniques to express themselves better.
As an administrator, Bror Tomy ensured an expansion of facilities and infrastructural development. The Brother Daniel Delany New Academic and Administrative Block, the modernisation and restoration of the Archives, Prayer Rooms for students and the Dance and Music Studios are but a few of his prominent initiatives.
Brother Tomy Varghese and Superior Brother JC Carroll converted the iconic top flat into a beautiful playground with synthetic turf, giving the students the much needed edge to compete with the best. St George’s College now has the first astro-turf football field in the whole of Uttarakhand.
Further developments to upgrade Sports facilities include the construction of a state-of-the art Sports Stadium to seat 3000 spectators. A Shooting Range is also being set up on campus.
In terms of stimulating growth and achievement, Bro Tomy organised a number of annual seminars, workshops and training programmes for the students as well as the teaching faculty. By introducing Themes for the Year, he emphasised the values of Integrity, Synergy and Empathy.
As Convenor of the ASISC, Bro Varghese created a platform for students of the Uttarakhand and UP regions in all sporting and literary activities. Students were given an opportunity to participate in the ASISC State and National competitions.
Conferred with several awards for his efforts in the field of education, Bro Tomy Varghese was honoured with the Best Principal Award in 2013, recognised as ‘Vision UN-SDG Ambassador’ by Vision Institutions with the support of UNESCO & RCI, Government of India, in 2018 and was the recipient of the Award for Outstanding Achievement in the field of Education in the year 2016.
Under his tutelage, St George’s College was awarded the highest student-parent satisfaction rating (4.8 upon 5) in India in a survey conducted by Great Place to Study, a UK based education research and consultancy firm. Bro Tomy Varghese received the Certificate and Badge of Honour at a prestigious ceremony at the House of Commons in London.
The school is now ranked third among all-boys boarding schools in the country in the latest survey by Education World (2019). The school also ranks first among boarding schools for boys in the state of Uttarakhand.
As the leader of this institution, with 167 years of acclaimed history, Bro Tomy Varghese meticulously guided the students to imbibe the core competencies, envisaged in every ‘Manorite’ – integrity, confidence, empathy and responsibility.
The Staff and Students, Parents and well-wishers have extended their gratitude to Bro Tomy Varghese and wished him the very best in all his future endeavours. 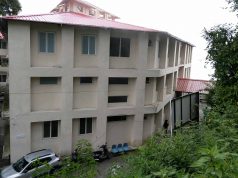 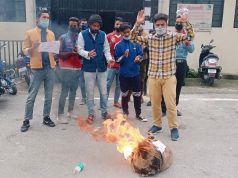 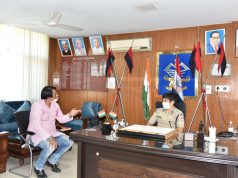 Issue of cops’ shortage in Mussoorie raised with DIG