What is weed? A plant whose virtues have not been discovered
– Ralph Waldo Emerson

By Sunita Vijay
Weed is a wild plant growing where it is not wanted and in competition with cultivated plants. Weeds are nature’s healing remedy for sites that are in a debilitated state deprived of plants. For a gardener, weeds are intruders; their presence against the desirable plants is distasteful. Weeds steal sunlight, rob the soil of nutrients and water. Being hardy and vigorous in growth habit, they grow faster than the planted plants. Their clear motto in life to survive all odds makes them robust at a speedy pace and their flourishing presence wages a war against the gardener.
No garden is without its weeds. The juxtaposition is interesting. Are weeds beneficial? Do weeds serve a purpose? Not all weeds are malicious, some are good too. The tussle between these shamelessly bold greens and a gardener is ages old. Generally annual weeds have relatively short life. In an article in AG WEB, powered by Farm Journal titled, ‘Century-Old Weed Seeds Sprout New Growth’, research into weed seed longevity began in 1879 when Michigan Agricultural College’s William Beal kicked off agriculture’s longest running experiment. Beal buried seeds from more than 20 weed species in glass bottles to be recovered in later years. The 137-year-old experiment has been passed down to younger generations and has seen weed seeds germinate after more than 100 years. According to a former weed specialist from North Dakota, one common purslane plant can produce 52,000 seeds. If only a few seeds produced by that plant grow to maturity and set seed, there would be more than enough to create a serious weed problem in a garden or field for years to come. Because of this, it is important to control annual weeds in gardens and lawns before they flower and set seed.
There is no sure shot formula to cure the problem. Weeding should be part of daily regime. It is an important component of gardening that needs to be practiced. Regular, consistent monitoring and removal will keep the garden clear of these vindictive culprits. If their growth is unchecked for long, they can take over the area especially grass and seasonal beds.
Simple ways to de-weed your yard
Remove them on daily basis: This is the best and smartest way to remove weeds. If pulled out at early stage, before the seed-producing stage, major battle is won. Defeating them when they are young will reduce a major work later when their seeds splutter and give birth to hundreds of young replicas.
The old saying, “Pull when wet; hoe when dry” is wise advice when facing weeds. Weeding when the soil is moist is desirable and easy. Pull them out. It may not be easy to bring them out from grass with roots intact as the soil of the lawn is hard. Use a proper weeding tool and uproot from the roots.
Handling the removed weeds: The weed corpses, if free of seeds should be put deep in the compost pit, otherwise dispose them off appropriately. As discussed earlier certain parts of roots of weeds have the capability to come back in full form. Wisdom lies in throwing them away or to bury them deep.
Suffocate them with mulching: Do not let weeds see the sunlight. The droppings of birds or wind may bring seeds to sprout and convert into saplings. Cover with mulch or ten layers of newspaper.
Cut the heads: There may be certain weeds whose root system is well established and pulling them is implausible. In that case lop off the heads with a cutter and dispose of appropriately. This will prevent them from spreading.
Prepare herbicide at home: A spray of vinegar, salt and detergent miraculously eradicates weeds especially the ones coming up in driveway cracks or edges of patio. Cut a soda bottle into half and cover with top half over the weed you want to spray on. This will prevent damage to nearby plants. If it rains just after the spray then repeat the exercise. To be precise one cup vinegar, one fourth cup salt and a half inch piece of detergent, all mixed well would be the right proportion.
A similar spray with soap solution, borax or salt on the leaves and roots with any of the mentioned contents will be very effective.
Other tips: Avoid providing water to weeds and increase the organic matter of the soil. A well fed and healthy soil discourages the weed growth drastically. But there are certain weeds that flourish in moist and shady area. Add sand, enrich the soil with required nutrients and weeds will start diminishing. Try to keep the soil loose by turning it often so that the young heads can be pulled off with ease at natal stage.
The weeds are annoying and are show dampeners whether in lawn or in beds. Choose proper tools like True Tamper, Cobra-head Weeder, long handle garden hoe, Stand-up Weeder.
The weed pressure will always be felt. The consistent effort against their removal will only help. Avoid piling the eradication work to a later day to enjoy a weed free and healthy gardening experience. 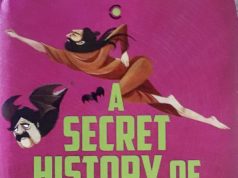