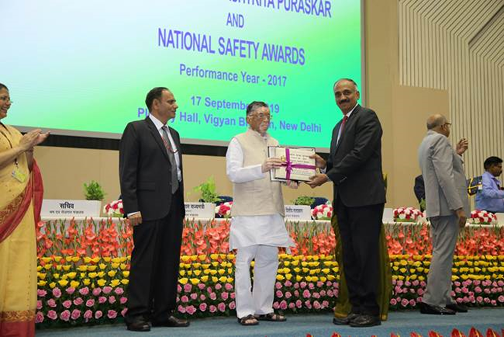 HARIDWAR, 18 Sep: Among a host of public and private sector companies in the country, Bharat Heavy Electricals Limited (BHEL) has won the highest number (9) of ‘National Safety Awards’ for outstanding achievements in terms of the longest accident-free period and lowest accident frequency rate at its works. The awards were received by Dr Nalin Shinghal, Chairman & Managing Director, BHEL, from Santosh Kumar Gangwar, Union Minister of State (Independent Charge) for Labour & Employment, at a function held in New Delhi. Significantly, BHEL has been winning these prestigious national awards, instituted by the Ministry of Labour, Government of India, consistently, since their inception.