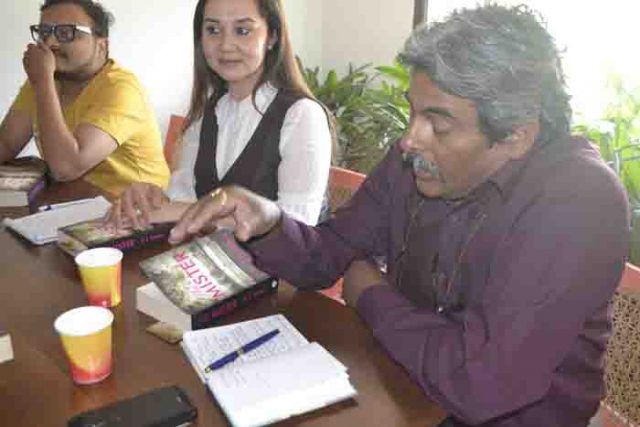 By OUR STAFF REPORTER
Dehradun, 21 Apr: The Booknerds, a community of voracious readers, gathered to discuss the latest release of EL James, The Mister. The event was organised in collaboration with Penguin Random House.
The Booknerds is a literary startup founded by the young duo, Neha and Rohan Raj.
The book, The Mister, is about Maxim Trevelyan. With his good looks, aristocratic connections, and money, he’s never had to work and he’s rarely slept alone. But all that changes when tragedy strikes and Maxim inherits his family’s noble title, wealth, and estates, and all the responsibility that entails. It’s a role he’s not prepared for and one that he struggles to face.
But his biggest challenge is fighting his desire for an unexpected, enigmatic young woman who’s recently arrived in England, possessing little more than a dangerous and troublesome past. Reticent, beautiful, and musically gifted, she’s an alluring mystery, and Maxim’s longing for her deepens into a passion that he’s never experienced and dares not name. Just who is Alessia Demachi? Can Maxim protect her from the malevolence that threatens her? And what will she do when she learns that he’s been hiding secrets of his own?
Manik Kaur was the lead discussant for the session. She is working towards spreading awareness on the importance of good manners, etiquettes and moral values amongst children and adults in the world, today. Currently, she is writing a book on the same cause.
The moderator invited was MD Bhoumik, presently the HoD(English) at Carman School and is in his 33rd year as an educationist.
The event was a very engaging one, inviting all from class 12 pass-outs to 60-year-old readers, all looking for a getaway into the world of literature.
The table was laid with the book of the event and the iconic eye masks from the cover of the book Fifty Shades Darker.
The event started with everyone’s introduction and mention of their interest in the world of books, and as the Booknerds like to say, “everything literary”.
Talking about EL James and her writing, Manik said that the author has carried the same style as in Fifty Shades Of Grey. She added, in The Mister too, love has many shades. The author’s writing is a mix of romance and erotica. Talking about the story, she said that the idea of romance, in general, is very clichéd, it starts with a good looking man. To emphasise her point, she read the part of the story where Maxim and Alessia meet each other for the first time.
Someone queried from the audience, ‘What does an accomplished rich man see in a simple maid?’ To which MD Bhoumik replied that simplicity is the soil in which love harvests. The discussion continued with a vibrant audience talking about the history of erotic writing in India, the changing times and the presence of dating apps, the pros and cons of writing erotica and so on. The discussion concluded with Manik Kaur’s honest opinion that everyone expects a fairytale romance in their lives, a life-changing love story, and that is what draws us to books like The Mister.
Next, a fun activity, Author Fantasia, was planned by the Booknerds team which involved the audience to mention the authors they fantasise about.
Everyone had a plethora of takes and choices regarding the same. While someone was infatuated with characters, others had a discussion about their choices or some authors they would just like to spend time with. Dr Geeta, with her detailed and poetic account, was awarded the prize by Neha Raj.
Neha Raj, Co-founder, The Booknerds, thanked everyone for their presence and for making the event a success and a worthwhile one.
The Booknerds shall be meeting next for an author session featuring legendary travel writer Bill Aitken on 28 April. 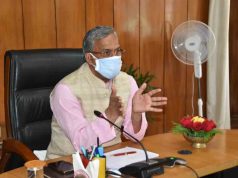 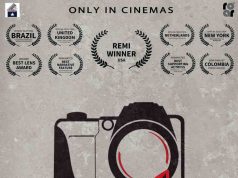 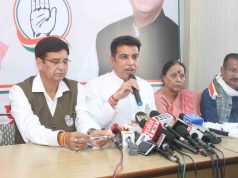