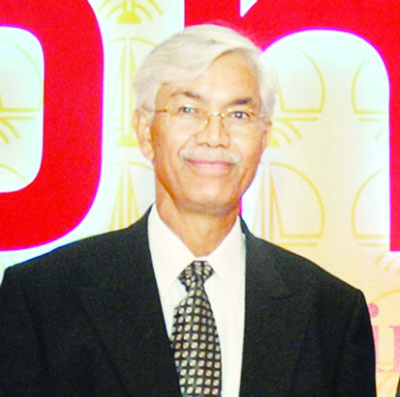 The sad demise on Monday in Delhi of RS Butola has cast a shadow of grief over two giant petroleum companies, Indian Oil Corporation and ONGC Videsh Ltd, of which he was the head honcho. He was only 64. His distinguished career span that began as a banker in 1975 and culminated as the Chairman of Indian Oil Corporation was a continuous saga of one achievement after another.

In his tribute, ONGC CMD Shashi Shanker described Butola as ‘an immaculate professional and thorough gentleman who had steered two large oil companies viz ONGC Videsh Ltd and Indian Oil Corporation with unimpeachable managerial acumen and profound leadership skills. He was an inspiration personified for all of us. His untimely death is an irreparable loss to the oil and gas industry.”

Many other colleagues of Butola also expressed their grief at the demise of a great oil technocrat and a benevolent human being.

RS Sharma, former CMD, ONGC says, “I have personal reasons to feel grieved at the sad demise of Mr Butola as we were family friends as bachelors. We both worked in the Credit Appraisal Deptt of the Union Bank Zonal Office in Delhi in the late 1970s. Ranbir was one of the finest persons I ever came across. Indeed, a very dependable, trustworthy and unassuming friend. To cap it, a top class professional. It is a very big personal loss for me.”
Atul Chandra, first Managing Director of ONGC Videsh Ltd says of Butola, “He started his international oil odyssey with me at OVL. He was most dependable, very competent and highly intelligent, yet a very humble human being. I will greatly miss him.”
Ajit Hazarika, former CMD, ONGC, says, “Butolaji was a very good friend of mine. We worked together and played Golf together. He was a fine gentleman, always having a smiling face and with ready to help others’ attitude. His sudden death has surprised all of us, though we knew that he was unwell and was recovering at home.”
“However, due to doctor’s advice, none of us could meet him during his hospitalisation. It has saddened us more because we could not meet him even though we lived in the same neighbourhood. We learnt with some relief that he had been discharged from the Gangaram Hospital and recovering well after a successful surgery. We looked forward to meeting him once it was allowed by the doctor, but God had willed otherwise. And then we got the news of his death on Monday evening. That was simply shocking and unbelievable. A large number of his kin and friends from IOC, ONGC, OVL and the Ministry attended the funeral on 18 December to pay their respects to the departed soul. His demise is a great loss to humanity and the country’s petroleum industry.”

As Indian Oil Corporation’s Chairman for over three years (February 2011-May 2014), he brought about a transformational shift in its business philosophy that put IOC on an accelerated growth trajectory. The series of initiatives then taken by him in the refining, marketing and other segments brought about a significant improvement not only in its profitability but also substantially enhanced its market image.
As a general manager in ONGC, which he had joined in February 1991, Butola was instrumental in conducting appraisal of large projects including Bombay High Re-Development Project, etc. Then, for the following five years, Butola was on deputation to the Government of India. It was during that period that he demonstrated his appraisal and analytical ability and oversaw the implementation of ONGC’s very first ERP project. He was also the Lead Negotiator for ONGC’s first ever series of crude oil sales agreements that were signed upon dismantling of Administered Pricing Mechanism (APM).
His tenure as the Managing Director and CEO of ONGC Videsh Ltd turned out to be an epoch-making one and gave this wholly-owned subsidiary of ONGC unique international brand equity. From a fringe entity, OVL soon acquired a formidable reputation and emerged as a significant international oil and gas player with its footprints extending to 16 countries from the earlier four. Under his stewardship, OVL achieved unprecedented growth with its contribution to the Indian oil and gas kitty rising from 0.25 MMt in 2002-03 and 3.87 MMt in 2003-04 to an all time high of 9.45 MMt in 2010-11. Its profits jumped from a meagre Rs 59 crore in 2002-03 and Rs 428 crore in 2003-04 to Rs 2,690 crore in 2010-11.
Butola undoubtedly was one of the most versatile oil and gas professionals in India with over two decades of deep insights across upstream, downstream and even midstream sectors including petrochemicals. Thus, by leading two large companies in the upstream and downstream sectors, Butola achieved what very few men had achieved before — the unique distinction of having such a wide and comprehensive exposure to the entire spectrum of the exciting petroleum industry.
He leaves behind his loving wife, son Shakti and daughter Shalini. 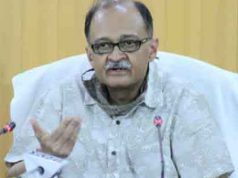