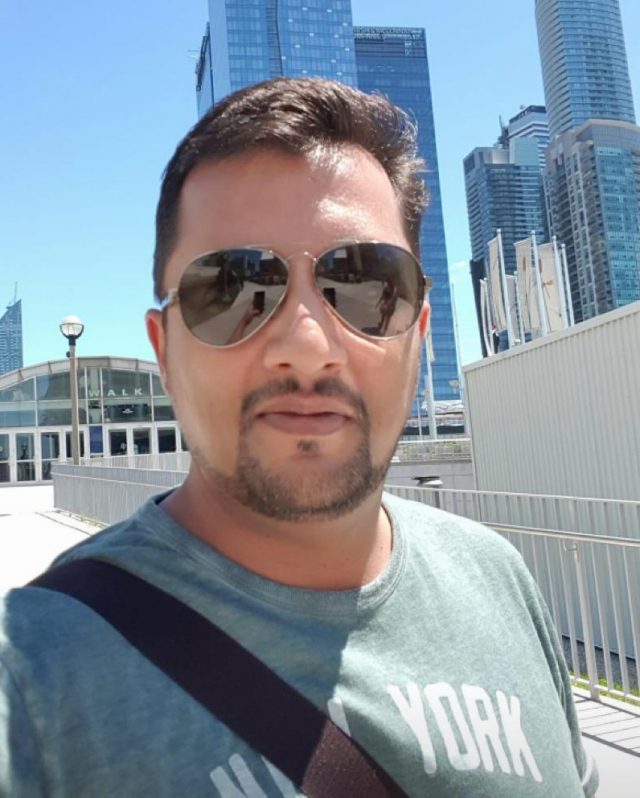 By ARUN PRATAP SINGH
DEHRADUN, 11 Jul: A case has been registered by Uttarakhand Police and SIT has been constituted to inquire into allegations of fraud against Deepak Mittal, Director of Pushpanjali Builders, located on Rajpur Road. However, given the past record of various SITs and other similar cases, it is questionable if the Police are serious in taking the case to its logical conclusion. This particular case is related to the construction of Orchid Park Apartments near Canal Road and allegations of cheating more than Rs 50 crores of rupees in the name of booking flats for individuals but not providing flats to them. In this case, money was taken from people for flats but flats were not provided to them. The reality is that till now only basic structure is erected in three blocks at the site while in case of the fourth block not even the structure is built but only the foundation has been dug. DIG Arun Mohan Joshi has constituted the SIT under the supervision of CO Dalanwala Vivek Kumar to investigate high profile scams.
However, as such builders and fraudsters can be expected to do, Mittal and his wife have fled the country and are suspected to be currently located in Dubai. Though, the Police are now claiming that they would bring Mittal back to the country to face the law of the country with the help of the Centre, however, it remains to be seen if the Police in reality are seriously mulling to pursue the case in that earnest!
Coming back to the case, it is alleged that Deepak Mittal cheated around 88 people in Orchid Park and pocketed the money. So far 18 victims have come forward to register their complaints. It is said that one amongst the victims Kavita Bhatia had written a letter to CO Dalanwala that the accused Deepak Mittal had taken an amount of Rs 57.95 lakhs against the booking of the flat in the Orchid Park Apartments. But instead of constructing the flats and giving her the possession, he had run away with the money. Preliminary inquiry by the Police found substance in the allegations following which a Special Investigation Team (SIT) was constituted under the supervision of CO Dalanwala, which included Inspector Devendra Singh Chauhan, Rajpur Police Station Rakesh Shah and Sub Inspector Vijay Singh. However, so far, the SIT does not seem to have made much headway into the case. Mittal, his family members, relatives and other close associates are also yet to be questioned in the case.
It may also be recalled here that Mittal’s name had also cropped up in a triple murder case in Haridwar way back in 2002 but despite his arrest along with others in the case, the Police had failed to prove the case and all the accused were let off by the court.
In this case Deepak Mittal is learnt to have opened an escrow account to take the flat buyers into confidence, which included two flat buyers. After this, he had asked the buyers to put their money in the account, so that the raw material would be bought for the construction of the flats with this money. The victims trusted Mittal and deposited the money into this account but still there was no progress. The accused later put the money into his company’s account. A case has been filed against six for land fraud by Rajpur Police Station on the recommendation of the SIT. Ranjana, a resident of Hathibarkala, had informed the Police that after the death of her father, she had got land as his heir. Accused Kunwar Singh, Bhagwan Singh, Durjedra Singh, KK Soin, Bibo Soin, in collusion, prepared fake documents and sold the land to Keshav Soin. Some of these names are well known realtors in Dehradun and have deep connections with politicians as well as Police officers.
It may also be pertinent to point out here that Mittal had also founded an elite club in Dehradun and among the founding members of the club were some leading businessmen, Supreme Court lawyers and bureaucrats and senior police officers from Uttarakhand. Known as Canyon Club, this club was advertised a lot some years ago and was learnt to be offering membership at hefty premiums to elite citizens of Dehradun. Actually it is such connections that give confidence to fraudsters like Mittal to continue cheating people. It is also alleged that Mittal had invested money from senior government officials and other businessmen in these projects and now had decamped with their money too!
After the formation of Uttarakhand as a separate state in the year 2000, cases of fraudulent land deals, property deals and frauds by builders have multiplied rapidly in the state and particularly in places like Dehradun, Haridwar and US Nagar. Cases of one property being sold to many with the connivance of officials from the Registrar’s office are also quite common. A number of SITs have been constituted from time to time, but rarely ever they have managed to take the cases to their logical conclusion and as a result, property frauds only continue to multiply in the state. Regulatory bodies such as MDDA, RERA, the Revenue Department and the District Administration have failed to arrest such frauds. In fact, there are allegations of nexus between some officials of the departments concerned and the fraudster builders.