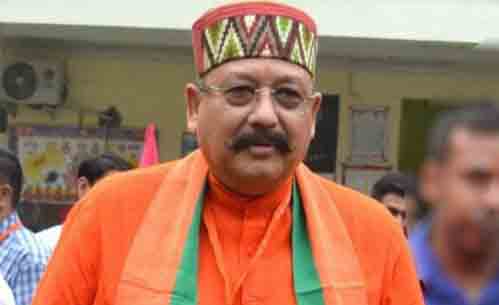 Dehradun/New Delhi, 15 Oct: Tourism Minister Satpal Maharaj has urged the Central Government to publicise the tourist destinations of Uttarakhand and help the state government improve the system of connectivity, telecommunication and internet, etc., in the remote areas.
During a virtual meeting with tourism ministers of all states headed by Union Tourism and Culture Minister Prahlad Patel, Satpal Maharaj also discussed the measures being taken to revive tourism in the state. This video conference was called by the Union Tourism Ministry to consider further strategies to bring tourism back on track after the Corona transition.
The Tourism Ministers of all the states participated in the meeting and gave their views on the future strategy.
In order to restore tourism in Uttarakhand, the Satpal Maharaj said there exists huge potential for tourism in the state. Expecting cooperation from the Government of India to improve the system of connectivity in the remote areas, he said that if this could be done, then people could benefit from government schemes online. He added that the Central Government should also help develop the tourist spots of Uttarakhand. Better dissemination of Navagraha circuit would benefit Uttarakhand. The large forest area in the state provided huge potential for eco-tourism.
Referring to the divine circuit, Maharaj said that there are places in Garhwal and Kumaon regions for worship of specific deities. Circuits on Shakta and Vaishno devotees would be developed. Himalayan immunity-boosting food was also being boosted. Menus for Himalayan immunity-boosting food had been prepared in all categories of hotels. River rafting was an attraction as before.
The Mahabharata Circuit, Ramayana Circuit and tribal tourism were also being developed.