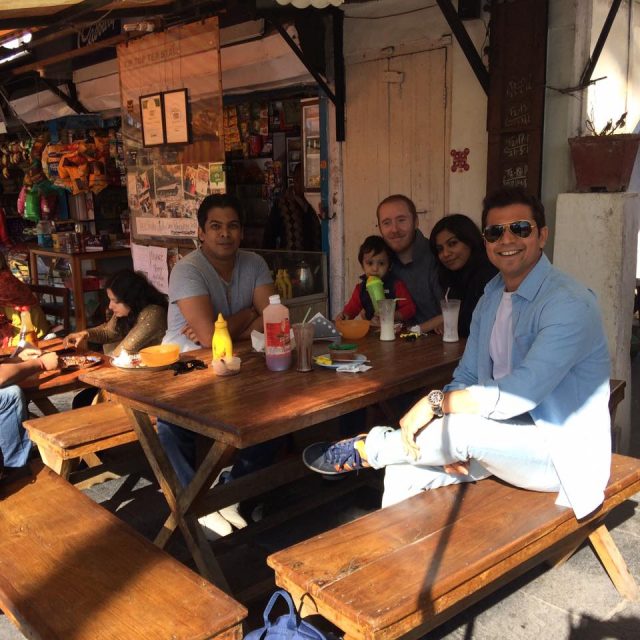 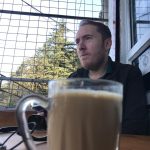 The kettle stopped singing and the steam poured out of the spout and pushed up the lid, and then the kettle hissed and rattled violently.

“Sir, wai wai mein saare vegetables daalne hain?”
The question was asked gently but with purpose by Vipin, who runs the Tip Top Tea Shop at the Landour hamlet of Char Dukan, as he turned off the left knob on his two-burner stove as drops of hot water escaped the ill-fitting lid of the kettle and dropped upon metal.
Looking back at Vipin, I smiled and nodded.
“Aur omelette mein cheese daalni hain na?”
Vipin’s second question.
I can remember it like it was yesterday, though it has been nearly a year since I last sat at Vipin’s café. 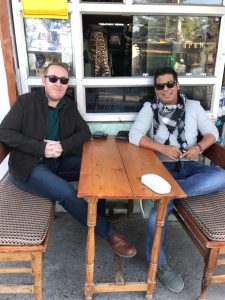 It is one of the abiding memories of Char Dukan, which has been a constant in my life. There have been times when, since I moved to Noida in 2011, I have planned my arrival, by car, at Char Dukan just as the shops start to open. 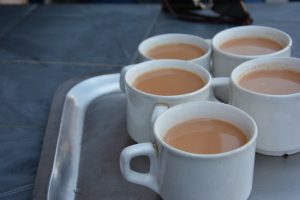 I cannot recall how often I have chatted with Vipin as he worked his hands at meals for four tables from behind his tiny, cluttered stovetop area with an assortment of dirty plastic containers and old tins which house tea leaves and coffee powder and salt and pepper and oil. The times he has spoken of the number of tourists showing up on the weekends, his fingers tapping the side of the glass compartment in which he stores chips, crackers, biscuits, namkeen and chocolates. The times he has casually asked about my parents while his cutting knife hacked down in fluent motions and pieces of vegetable neatly arranged themselves on the cutting board.

I also remember fondly sweet cups of tea and coffee at Anil’s Café and discussions about life in the hills versus life in the city. Anil can be talkative when he wants, and equally reticent if the mood suits him. There have been times when our chats have continued even as Anil has ducked into the back of his café to get some supplies, emerging from the pantry with a couple of eggs or a handful of hari mirch.

Anil’s demeanour as he cuts onions or grates cheese or stirs noodles with slow strokes has always been laidback, his Pahari drawl a fitting touch as he plugs away at his stove behind which lie jars of bubble gum, sweet candies, minty lozenges and a stock of cigarettes and matches.

It is a wonder to watch the likes of Vipin and Anil at work, simultaneously cooking an array of food and overseeing their others – spouses, assistants – as they prepare some other dish. Or as they serve cups of tea to customers and turn back to their stoves to add noodles to bubbling, spicy hot water with flecks of masala flavour churning away. And then the vegetables, a mound of red and green and pink that slides off the cutting board and gurgles and floats. Always, a pinch of salt follows.

There have been times when I have squinted curiously to find a fleck of stress or irritation on their faces as they go into their pantries to check on the stock of eggs while casting an eye over baskets of vegetables lying expressionless and probably, I have assumed, making mental notes to order a tin of cooking oil or more butter. But no, they have never looked flustered.

Besides countless cups of tea drank from little ceramic mugs, the milky contents lashing against the sides as steam rises up, and hands dipped into old Rangli Rangliot tins to withdraw spoons of sugar, I also miss the idle chit-chat of Char Dukan. Familiar faces, though I may not know their names. A government employee sipping tea and reading the newspaper, cross-legged. Local gupshup and politics. Passers-by – electrician, carpenter, postman – greeted by friendly salaams from Vipin and Anil, often returned salutation and questions about their children’s exam results.

Between Anil’s Café and Tip Top Tea Shop is the small post office and what is now called Himgiri Café, which first opened up about 25 years ago as an STD/PCO booth and then started offering photocopying and printing and later internet.

Char Dukan’s most recent addition is Ivy Café, where I recommend the scrambled eggs, pizza and assortment of coffee. It first felt sacrilegious stepping down the stone stairs leading into the dimly-lit establishment, after years of eating at Vipin’s and Anil’s, but one meal at Ivy Café made it feel just fine. It is good to have a little variety, and on that rare day when you aren’t in the mood for wai wai noodles, bun-omelettes or paranthas, this is the place to eat.

As I write this column, I find my wind wandering to early winter evenings, as slow days have prepared to wind down, and the glow hovering over Char Dukan. The sun almost set, a red disk cut in half by the horizon beyond the slope leading down to Mussoorie. The wind just starting to blow, promising a chilly night ahead.

Oh to be in Landour right now. And a hot cup of tea. 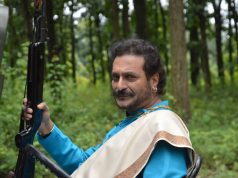 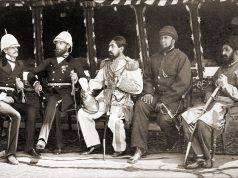