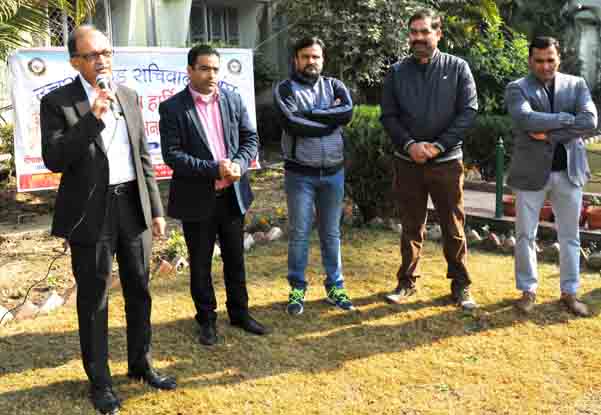 DEHRADUN, 1 Jan: Chief Secretary Utpal Kumar Singh extended New Year greetings to the entire Secretariat family at a programme organised by the Uttarakhand Secretariat Association and wished them progress and prosperity. Singh said that the Secretariat was the highest administrative institution. After the formation of a separate state, Uttarakhand had witnessed a lot of progress. Per Capita Income and GDP of the state had increased. In this progress, the Secretariat officers/employees had made a big contribution. Due to the adverse geographic conditions, people had to come to the secretariat by spending more and making greater physical effort. If the behaviour of the Secretariat staff was good towards such people, they would truly benefit.
He also reminded that, in order to provide better health care to the general public of Uttarakhand, the government had launched an important scheme like Atal Ayushman and long term results of the Investors’ Summit were also becoming visible. This would increase the employment opportunities as well.
President of the Secretariat Association Deepak Joshi said that, despite the shortage of staff, the secretariat officers and employees had contributed to the development of the state through hard work and dedication. On behalf of Secretariat Association, he promised active support to make the government schemes successful. He requested the Chief Secretary to ensure that secretariat workers’ rights such as ACP, DCP, etc., were given to them on time. He praised the functioning of the Chief Secretary.
General Secretary Rakesh Joshi requested the Secretariat staff to cooperate with the people in every manner.
Also, Chief Secretary Singh was extended New Year greetings in his office at the Secretariat by many officers and organisations. These included Secretary, Tourism, Dilip Jawalkar and Chief Election Officer Sowjanya, President of Transport Corporation Association, Dinesh Gosain, Secretary General VS Rawat, General Secretary Dinesh Pant, Regional Secretary Rakesh Petwal, Deputy Secretary Vipin Bijalwan, officials of the Power Corporation, Director, Industries, Sudhir Nautiyal, Dr KP Sharma and many officers. 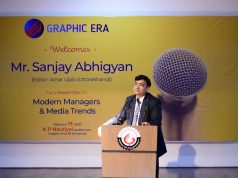 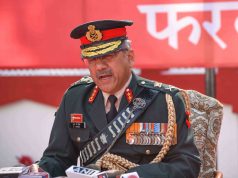