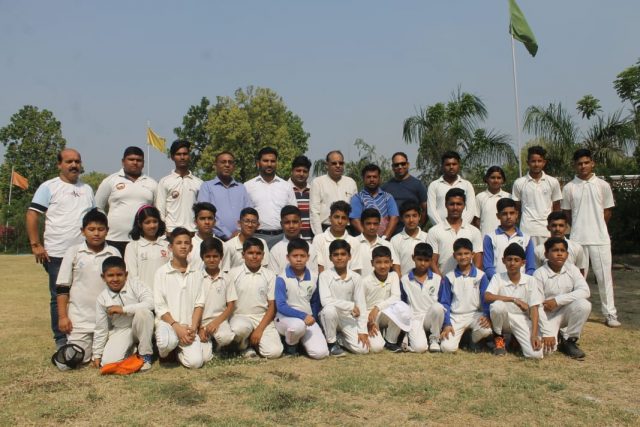 By OUR STAFF REPORTER
Dehradun, 2 Jun: The Under-13 Saffron Leaf Vardan Champion Trophy 2019, being held under the the banner of Uttaranchal Youth Cricket Association and Cricket Association of Uttarakhand began, today, at Doon International School Riverside, Paundha.
The tournament was inaugurated by Chief Guest DK Mishra, Managing Director of Aviral Classes. While boosting the enthusiasm of young cricket players, he said that the young players were the future of cricket and with proper guidance and dedication and the holding of various cricket tournaments at the school and college level, their skills could be further enhanced.
The inaugural match was played between Aastha Cricket Academy and Deep Bonthyal Cricket Academy. Deep Bonthiyal Cricket Academy won by 7 wickets.
Among those present on the occasion were District Vice President Amit Pundeer, Secretary Arun Sharma, Vice President Giridhar Sharma, Deepak Shah, Deep Bonthiyal and General Secretary Javed Butt.