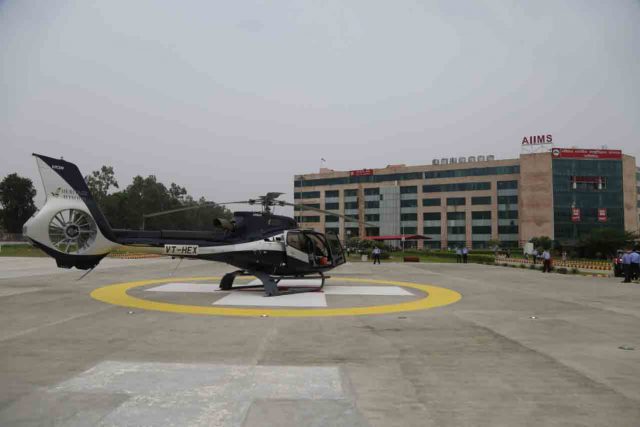 By OUR STAFF REPORTER
Rishikesh, 15 Sep: The Directorate General of Civil Aviation (DGCA) has given permission to AIIMS Rishikesh for regular air operations. Now, not only Uttarakhand but also from any region of the country, all Air Ambulances may land on the AIIMS helipad.
The All India Institute of Medical Sciences, Rishikesh, is the first government medical institute in the country to have helipad facility for Air Ambulances. It is worth noting that, after the NOC of the Director General Civil Aviation (DGCA), a trial landing was done here in the month of August, which was successful. A few days later, the AIIMS helipad was duly inaugurated by Chief Minister Trivendra Singh Rawat on 11 August. But the DGCA was yet to provide SOPs for regular air operations. The permission has now been granted by the Director General, Civil Aviation, Government of India, following the efforts made by Prof Ravi Kant, Director of AIIMS, and Captain Deep Srivastava, Aviation Advisor to the Chief Minister.
Providing information on this, Professor Ravi Kant said that, apart from the disaster and road accident injuries in the state, AIIMS is committed to fully supporting the state government in the medical care of seriously ill patients from remote hill areas. He said that due to the occurrence of disasters in this state, people get trapped in the mountains and are unable to reach the hospital on time. Immediate treatment of patients and injured brought to AIIMS by Air Ambulance can now begin.
Dr Madhur Uniyal, in charge of AIIMS Heli Services, said that after getting constitutional permission from DGCA for regular aerial operations, the air ambulance will now be able to operate smoothly from the AIIMS helipad. He said that patients would be relieved from the risks due to delay and patient transportation. 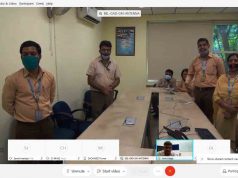