Dehradun, 7 Sep: After assurances to resolve their problems given by none other than Chief Minister Trivendra Singh Rawat, today, the doctors in the state health services have called off their agitation.
This was announced by Dr Naresh Singh Napalchyal, President of the Provincial Medical Services Association, Uttarakhand, after the talks held between Chief Minister Trivendra Singh Rawat and office bearers of the Association held, here, today. The doctors calling off their agitation should come as a major relief for the government as well as the people of the state, particularly in the times of Corona pandemic.
It may be recalled that the doctors in the state medical services had launched their agitation in protest against their alleged harassment and pay cuts. They had even gone on to threaten collective resignations if their demands were not met.
The doctors were chiefly agitated over the one day cut from their salaries every month for a period of one year in view of the crisis due to Corona pandemic. This would have amounted to a reduction of more than a lakh of rupees in the salary of every doctor, which is a significant amount and hence the objection. The argument put forward by the doctors against this cut was that doctors in the state medical services were working even harder during the Corona times. They were Corona warriors risking their own health while working during the pandemic. Another major demand was to grant full salary to PG Doctors. The doctors had been agitating since 1 September and currently reporting on duty wearing black bands.
They had earlier held discussions with the DG, Health, and Secretary, Health, Amit Singh Negi. Indications had already been given to them by Negi that the government was sympathetic to their demands and would positively consider these.
On Monday, the association office bearers led by Dr Naresh Singh Napalchyal called on Chief Minister Trivendra Singh Rawat. Others who were part of the team that met the CM included General Secretary Dr Manoj Verma and Dr NS Bist. The doctors held talks with Chief Minister Trivendra Singh Rawat in regarding their various demands. Union issues were discussed on point-to-point basis. The Chief Minister said that all the demands would be considered and that the government would cooperate positively with the doctors in this regard.
On the occasion, the CM said that commendable work was being done by the doctors during the Corona period. They deserved appreciation for the diligence shown by them in performing public service. The hard work of the doctors had also been appreciated by the Covid patients and their families. Provincial Medical Services Association officials thanked the Chief Minister and promised they would withdraw the agitation immediately.
After the talks, speaking to media persons, the Association President Dr Naresh Singh Napalchyal disclosed that they had decided to call off their agitation with immediate effect following the assurances given by Chief Minister Trivendra Singh Rawat. 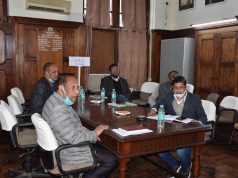 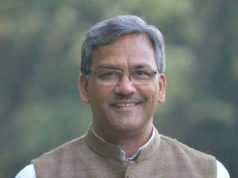 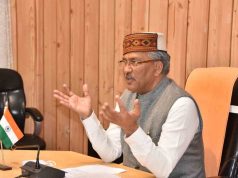