Home Dehradun Durga Public School wins match in Batta Memorial Cricket
SHARE
Facebook
Twitter
By OUR STAFF REPORTER
Dehradun, 17 Apr: Only one league match was held at the Oval Ground of Kasiga School, today, in the 4th PC Batta Memorial All India Cricket Tournament 2019.
The match was played between Durga Public School, Solan, and Sant Nishchal, Yamuna Nagar. The toss was won by Durga Public School and the team decided to bat first. It scored 146 runs in 17 overs. Sant Nishchal, Yamuna Nagar, was only able to score 68 runs. Keshav Singh Saini was declared Man of the Match. 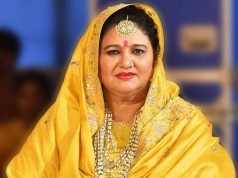 Number of corona patients rises to 716 in U’khand