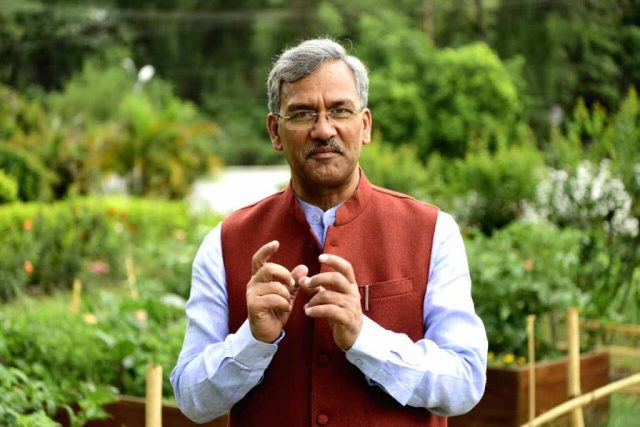 DEHRADUN, 29 Jun: Chief Minister Trivendra Singh Rawat on Monday reported that the number of elephants in Uttarakhand had increased significantly. Addressing the media after chairing a meeting of State Wildlife Board, Rawat stated that the population of elephants had risen both in Corbett National Park and Rajaji Tiger Reserve.
Rawat said that elephants were counted between June 6 and 8 in the state. It had been revealed that the number of elephants in the state had reached 2026. This was a rise of around 10 percent during past three years, he said. He reminded that as per the reports, there were 1559 elephants in the state in the year 2012. The number had increased to 1839 in 2017 and now 2026 elephants had been counted this year. The number of elephants has increased by about 10% in the last three years. The CM said that the number of aquatic animals in the state had also increased. The aquatic fauna was counted from 22 to 24 February 2020. It was found that there were 451 marsh crocodiles, 77 ghariyal crocodiles and 194 otters in the state. He added that the census of snow leopard population would also be carried out in the state between 2020 and 2022. Snow leopards are found in about 23 percent area of the state forests particularly in the higher reaches of the state!
Rawat further informed that a proposal had been received from the Wildlife Institute of India to study the carrying capacity of Corbett Tiger Reserve and Rajaji Tiger Reserve in respect of tigers and and wild elephants. Similarly, site suitability reports had been received for reintroduction of rhinos in these parks. Both the proposals were approved by the Board. For the rationalisation of the boundary of Rajaji National Park, a committee consisting of District Collectors, Divisional Forest Officers and representatives of Wildlife Institute of India was also constituted.
Forest Minister Harak Singh Rawat claimed that after the tiger, now the state had done a good job in the conservation of elephants in the last three years. The results of the calculations were announced on Monday during the meeting of the State Wildlife Board. Forest Minister Dr Harak Singh informed that 2026 elephants were found in the state this time. Harak Singh Rawat claimed that the increase in the number of elephants in past three years was 187 but this number could still go up when the number of elephants were counted in association with the forest department of Uttar Pradesh. This exercise was also due now, he said. This time, in the Pauri division and some areas of Kumaon, there were signs of elephant presence even above one thousand metres. This was still under study to find out if the elephants had permanently settled in the hills or had just wandered there temporarily.
Earlier, the CM chaired a meeting of the State Wildlife Board, which was attended by Forest Minister Harak Singh Rawat, MLAs Dhan Singh Negi, Diwan Singh Bisht and Suresh Rathore, Chief Secretary Utpal Kumar Singh, Additional Chief Secretary Omprakash, Principal Secretary Anand Vardhan, Principal Chief Forest Conservator of Forests Jairaj, Secretary Dilip Javalkar, Saujanya, DGP Law and Order Ashok Kumar and other members of the Board.