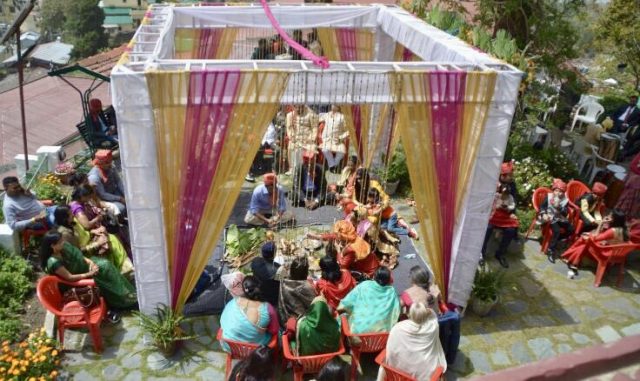 By Ganesh Saili
Nadia Akbar’s Goodbye Freddie Mercury is a moveable feast of words, where the reader arrives in Lahore to find it on fire – it usually is, what with General Elections looming large on the horizon. The city is witness to a whirl wind of drug-fueled parties of the rich-though-not-so-famous, the air, filled to the brim and over with hollow promises of better days that are about to come out from around the corner. And for that matter, it could be anywhere in the world. This is the story of the miniscule minority of the ruling elite of a country exposed for once like the underbelly of a beached whale.
Bugsy, rock RJ and host of Pakistan’s top radio show, is young. Like the young all over the East, he is looking for the El Dorado of wealth, fame and renown and is willing to do almost anything to get there. This time he sets out to do perilous favours for a friend of old and that drags him into the dark vortex of politics. Meanwhile, the second narrator – Nida – a young student, who wants to get away from her conventional home, even as she struggles to put behind her the sudden death of her brother. The night pulsates with rings of pain; the urge is great, the urge to break free even as she throws herself into the arms of a drugged out Oman Ali, son of one of the Prime Minister’s sidekicks. Nida’s descent into decadence is accentuated as she meets Bugsy who plunges headfirst into the darkness of the city. Predictably, sparks fly.
You will find yourself in ‘Dodge Mahal’ with its flaky furniture. You will see the hypocrisy of those who preach piety and purity, surrounded by hip-gyrating women. ‘The mujra is as old as civilization. A ritual for the lewd and lascivious, uncles with dull wives and deep dirty pockets. The songs are old-is-gold favourites and the girls keep it simple. Heart attacks are to be avoided whenever possible…’
All around Nida sees ‘men people take seriously during the day. Men who appear on solemn talk-shows and political debates, men who lead the government and decide the fate of our economy.’
As she tastes the alcohol, she realizes that it tastes like the real deal, not a bottle pirated and poured in Peshawar. She finds herself musing: ‘But I could be wrong. I remind myself that having money is not the same as spending money.’
As she leaves the farmhouse to get away from the crazed world of it all, you could be anywhere in our vast subcontinent – where the roads are pitch-dark but clear, except for a truck or two heading into town from the surrounding villages. In the beam of the headlights you see ‘the floating faces of politicians, landscapes of the Punjab framed with coloured reflectors.’
Nadia Akbar’s debut novel has all the right ingredients: parties, drugs, puzzles, mysteries, love triangles, intrigue and the struggles of politics. Given the staccato style of her prose; given the aching to break away and given the many voices worming their way through the narrative, its sharp observation promises to take the reader on a roller-coaster ride. Guaranteed to leave you gob smacked. 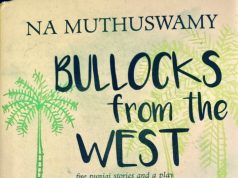