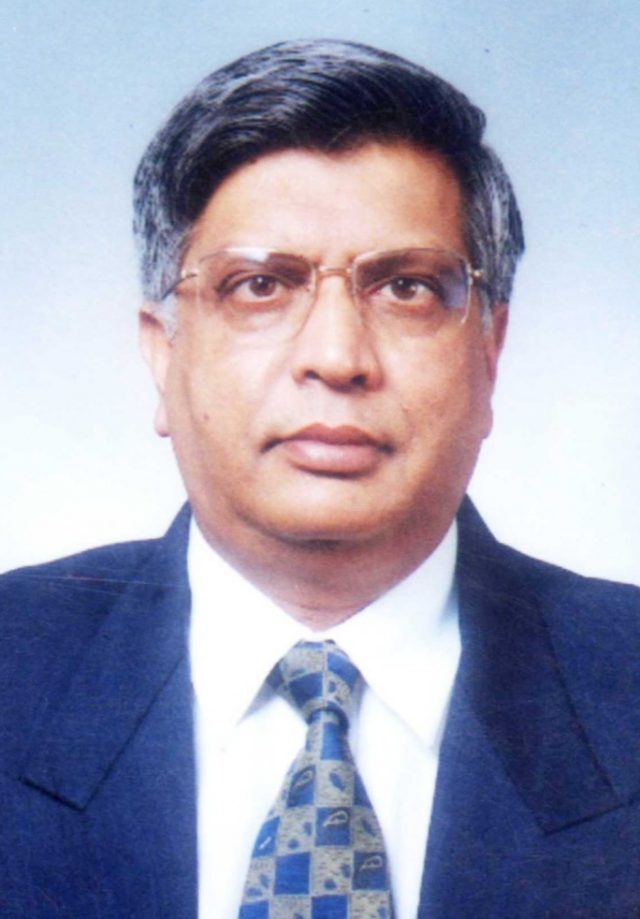 DEHRADUN, 20 May: Currently the Chairman of Confederation of Indian Industry (CII) Uttarakhand, Ashok Windlass was one of its founding members. A well-known name in the national pharmaceutical sector, he now devotes more time to spiritual and social activities.

Interacting with Garhwal Post on a number of issues that the economy is facing particularly in the context of the Corona lockdown, he states that the stimulus package announced by the Modi Government is very good but is more in the form of a long term plan to boost the economy. He also believes that some additional steps are needed to reduce the immediate burden on Industry. Windlass adds that the Modi Government is rightly focussed on bringing economic and administrative reforms but the challenges are huge!

He cites the Ease of Doing Business programme of the government as an example. The government is promising to implement Single Window Clearance of projects. Lot of efforts have gone into making it work but several problems remain. Unduly long procedures and clearance obligations from multiple agencies are still in prevalence. Asserting that this needs to go, Windlass points out that it is possible to set up a company in the course of a single day in the US. The approval can be downloaded after applying online and uploading the required documents. If any shortcoming is found later, it can be got fixed later. Here it becomes very difficult to get timely clearances from the Pollution Control Boards, etc. The officials at the middle and lower levels are inclined more to reject the project rather than ensure regulatory compliance. While a proactive approach is visible among higher officers, at the lower level, the system needs to improve a lot. Lower level corruption needs to be tackled more effectively.

Windlass says that even the plan or building approvals for industry should be granted by a separate agency and not a general purpose agency like MDDA, as building norms for industry have to be different for different sectors and they can’t be uniform. The idea should be to ensure compliance rather than seek to reject the project, or make the entrepreneurs do rounds at the offices of the approval agencies.

Reacting to raising the limits for foreign direct investment to 74 percent in many other sectors recently by the Modi Government particularly in the defence sector, he says that there should be a level playing field for foreign investors and domestic investors. Presently, it is not so! Just to give an example, foreign capital comes here with loans from banks at 3 to 4 percent rate of interest, while the domestic investors have to borrow at a minimum of 8 percent. Bank interests are very high in India as compared to rest of the world. This needs to be fixed. Then there is petrol and diesel. Indian industry can’t compete with the rest of the world if the petroleum costs continue to be much higher than the global prices as the transportation costs are pushed up very high due to unduly high price of diesel.

To encourage R&D, research needs to be adequately rewarded in India. In addition, to bring down the cost of state of the art machinery, custom duties needed to be reduced. The government should focus on recurring revenue rather than on one time revenue that it has been focussing on since independence. Windlass cites the example of the sale of the 2G, 3G and 4G telecom Spectrum. He says that had the government preferred revenue sharing model with the telecom companies rather than outright sale of the spectrum through bidding, the telecom sector would have been in a much healthier state than it is now. He also recommends a cluster based approach for each sector in order to minimise transportation costs and for many other benefits.

Coming back to his own pharmaceutical sector, he admits that India depends on Chinese imports of generic raw salts for many antibiotics and insists that it will take another three to four years for the country to be become self reliant in this regard.

Returning to the impact of the Corona lockdown on the economy, Windlass expects the demand to remain low and at a maximum of 40 to 50 percent of the normal value for quite some time. He says that there is so much uncertainty and insecurity in each sector that no one wants to manufacture at full scale because of fear of unsold inventories despite not breaking even because of lower scale of production. No one is sure of demand in various sectors. This is not specific to India but a global characteristic.

Windlass says he is pained to see the suffering of the workers and migrants walking on the roads and feels that more could have been done to minimise their sufferings. The Government should have directed the states to use buses to fetch those walking to their native places. In this regard, social organisations could have also been asked to help if the government was feeling constrained. He adds that it would also be a huge challenge to provide employment to the migrant labour that has returned, adding that majority of the labour may not like to go back due to uncertainty prevailing all over. Currently, most companies have begun operations but on a bare minimum scale and, therefore, they also do not have capacity to engage full strength of labour even if restrictions imposed by the government are removed after some time! He feels that the government will not find it easy to announce yet another stimulus package anytime soon because of constraints but recommends larger benefits to be granted to the poor and says that the government at this stage should not be worried too much about growing fiscal deficits. He adds that the government has currently much more than adequate stocks of food-grains for distribution.