By OUR STAFF REPORTER
Mussoorie, 6 Feb: Mussoorie is fast becoming a concrete jungle because of construction of multi-storey buildings. Builders, with the support of government officials, are constructing many such illegal buildings. Due to the negligence of the local administration and MDDA officials deputed here, the illegal construction is going on unabated, violating all the rules.
The demarcation of notified and de-notified areas that was done in Mussoorie remains a joke as illegal construction is going on in each and every part of the town without any permission being taken from the department concerned. Under the forest conservation laws, no new construction can take place nor can the trees be cut in notified forest areas. The officers of the department who are supposed to stop this illegal construction seem to be involved in it, as no action is being taken by then.
Meanwhile, the senior officials of MDDA assert that no illegal construction will be tolerated in the town, but it seems just a hollow claim. “There is a caucus of politicians, officials and land mafia,” says Bhagwati Prasad, a local resident. “Powerful builders are continuing with the construction work.” Over the past few years, a large number of trees have been felled in Mussoorie to clear the terrain for commercial purposes. These construction activities threaten to convert the city into a concrete jungle. 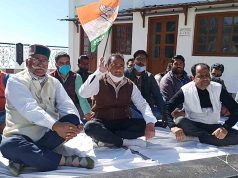 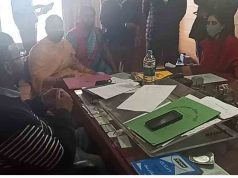