On Saturday, 9 November, 2019, our little state celebrated its 19th Birthday. We’re still a teenage state and, like most teenagers, we’re impatient, ambitious and a little unhappy with things the way they are; particularly the things we have inherited. One of the things we inherited from old, rather ponderous, Uttar Pradesh was its administrative system. It did not seem to have emerged from its sluggish dip- pen-and-ink era to the tap-tap digital age. That really is annoying. But what is most infuriating is when our plodding babus find reasons to push the clock back from our 21st century to the early 19th. That is what our Jal Sansthan has done! Mussoorie was the sixth town in the United Provinces to get piped water, and the very first in the Himalayas. We were preceded by Agra, Lucknow, Varanasi, Meerut and Allahabad. Our piped water and electricity were given to us, not by the state government, but by our own City Board. In fact, our hydro-electric power station in Kiarkuli supplied power to Mussoorie, Rajpur, Dehradun and Clement Town. This is one reason why our City Board was so rich and it was all under one Municipal Engineer: Colonel EW Bell, Royal Engineers (Retd). He was the Civil, Electrical and Waterworks Engineer of the Mussoorie City Board. He retired and so, gradually, did the efficiency of our Waterworks Department. That’s when the babus of the Jal Sansthan took over our own Municipal Water Supply system. That was on the 18th of June, 1975. According to a government assertion, the prime reason for establishing this organisation was to have a ‘responsible’ body for the supply of water to Uttarakhand. When the City Board was responsible for Mussoorie’s water supply, every private connection was metered. In addition, it was able to provide public water-points and fill drinking troughs for horses and mules. Similarly, the Electricity Department, which was also taken over by the state, provided street lighting and meters for every private consumer. Domestic electric meters are still being read every month and consumption bills are sent to every consumer. But though this pragmatic system was also followed by the City Board when it was responsible for Mussoorie’s water supply, the Jal Sansthan changed this. It turned its back on private water meters and returned to the 19th century pre- metering days. For some strange reason it now makes its alleged ”water consumption” bills based on the City Board’s assessed value of the private property! Is this the application of mind of a responsible organisation? Moreover, Waterworks Engineers, globally, use the term ‘Rising Main’ to describe the pipe through which water from an engine is delivered to an elevated reservoir. Virtually all the tap water in Mussoorie is delivered by pumps, through long Rising Mains, to reservoirs at much higher levels. The Jal Sansthan has refused to accept the need to install bulk water meters at the input and output points of all our reservoirs to know exactly how much water is pouring into each reservoir and how much is flowing into Mussoorie. Why is the Jal Sansthan reluctant to know these facts? Why has it sanctioned expensive bulk meters only at the Pumping Stations? Is the Jal Sansthan not aware that last week a Rising Main leaked, depriving a large part of Mussoorie of piped water for more than 24 hours? How much of our precious water was lost in that leak? If a state organisation supplying electricity can have working meters in every household, ensure that they are read every month, and send accurate bills based on these readings to its consumers, why can’t the Jal Sansthan? No organisation can, in this knowledge-hungry age, pretend that it can deny information to We, the Government, who voted them into power and sustain them in their professions. By adopting this strange attitude it has already drawn the ire of an important public figure. A member of a high-powered body, set up under the authority of the highest judicial authority in our land, has expressed an adverse opinion on the Jal Sansthan’s expenditure on its expensive and unnecessary meters. It has been termed “infructuous”. In other words that money was wasted. Or was it really wasted? 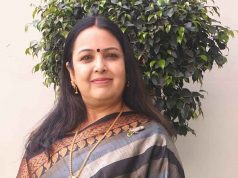 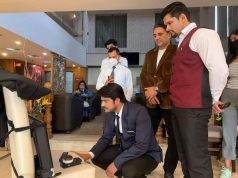