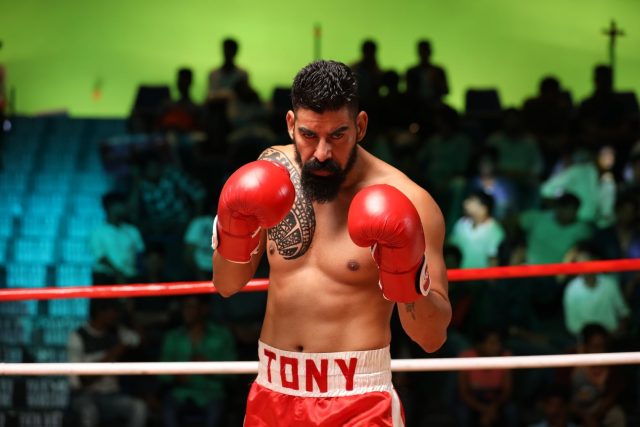 Kabir Duhan Singh, a boy from Haryana, ties his shoelaces and heads South to realise his dreams as an actor. Wearing the stereotypical and confidence-evoking Haryanvi swag, fitness in his genes, backed by a four year plus flourishing career in modelling, several fashion assignments and participation credits in international events in India and abroad, the Jat lad debuts as a baddie in Jil, a Telugu movie, in 2015. The trailer is released and in what happens only once in a blue moon, he breaks the record of signing 11 films over the next 7 days. Now he has become a popular name in terms of his theatrical abilities as well as for his looks, physique and appeal as a villain. Kabir’s much awaited film, ‘Pailwaan’, released with a bang yesterday in five languages and on 3000 screens all over the globe, the biggest release of the Kannada film industry, receiving positive reviews. As the word in the South film industry goes, Kabir remains a trend setter; the long beard he flaunted then was infectiously imitated by so many others after his role in ‘Jil’. His entry as a stylish villain in the South Indian film industry was like a fresh breeze. His sculpted body and long beard made him stand out from the shadows of villainy present in South Indian films till then. All his favourable credentials gave him a smooth acceptability. The southern film audience just loved the new baddie and accepted him with open arms. There onwards, there was no looking back for Kabir in Tamil Cinema, Tollywood and Sandalwood. With 30 plus films in Kannada, Tamil and Telugu under his belt, Kabir has come a long way. A villain’s role is as important as that of the hero in a film. The flavour of good is savoured only after tasting the bad. Good is glorified when contrasted against evil. Talking about his role in Pailwaan, Kabir says, ‘I have worked the hardest till date for Pailwaan in terms of my physical fitness, boxing techniques, moves, expressions, punches and on the attitude of the ruthless boxer, Tony Sebastian. It’s a negative role with a twist. I had to work on swiftness, punching accuracy, power, guts, endurance and discipline. To fit into the shoes of a boxer, famous as a ‘Knockout Champion’, I had to undergo vigorous training. I am almost a boxer now. I trained myself profusely to acquire the strong but lean-muscled physique of a boxer. I needed to reduce my weight to fit into the character’s shoes. For professional grooming, Hollywood’s action director Larnell Stovall worked on me for about 25 days. The fitness regime and diet was so strict that I fainted a couple of times during the shoot. I was on no carb and high protein diet; only salads and proteins. But the final shape came out well. I enjoyed preparing myself for this particular role that remains close to my heart because I have always been a huge fan of Sylvester Stallone’s boxing stunts in the Rocky series, considered to be the greatest sports films. It was like a dream come true so soon in my career. To team up with Kailashji and Sudeep Sir, who vested so much confidence in me was an icing on the cake. The role may be negative but I have put my best foot forward.’ Kabir belongs to Haryana, a state that has produced many boxers, wrestlers and weight lifters. He laughs at this, ‘Yes! Some of the elements are in my genes. Rest, I had to work sincerely hard to come closer to what was expected of me. I believe I have done a good job.’ It’s not easy to play the role of a villain and find a space in audiences’ hearts. To rise against the natural bias of viewers is always tough. Elaborating more on his role in Pailwaan, Kabir adds, ‘Tony is a boxer known for his knockout record, the one who fights not for medals, rewards or awards, but to finish the game to kill the opponent. Here, my acting prowess was tested apart from the efficiently-crafted fight scenes. Tony has a peculiar behaviour. He is powerful, arrogant yet maintains certain stillness from outside. I am sure the audience will relish the fight scenes with an equally heart melting climax with never-seen-before action scenes that involve Sudeep Sir and me. And they will remember me fondly for my stint.’ Talking about his future ventures, especially in Bollywood, he mentions, ‘I am working in ‘Bole Chuddiyan’ as an anti-hero with Nawazuddin Siddiqui. I have utmost respect for Nawazuddin Sir who is a school of acting in himself. Sharing screen space with him means a lot. It’s a love story with comedy, action, revenge and fun. Another film, ‘Action’, with Tamil superstar Vishal and directed by Sundar C is under production. The looks of the film released on Twitter are promising. It’s a hard core action film in which I vest great hope,’ Kabir avers. Without darkness you cannot truly appreciate the light. Indian cinema without an antagonist is unimaginable. It will taste bland. Films are incomplete without negative characters or circumstances (that too are villainous at times). The bad guy is a crucial component of our films and some of these characters are unforgettable; they are the ones we love to hate. Undoubtedly, a villain’s role is trying. An actor portraying a villain has to train to be at par with the hero in terms of proficiency, looks and appeal. In several ways, the anti-hero even dons a role tougher than the hero’s, having to overcome the negative bias against him to let his talent as an actor shine and impact audiences. Kabir’s expectation to be remembered for his role in Pailwaan will be battle-tested in the coming weeks. 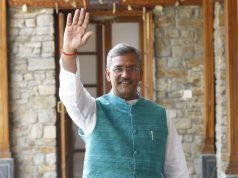 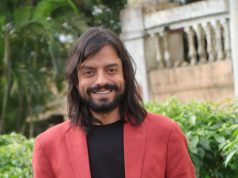 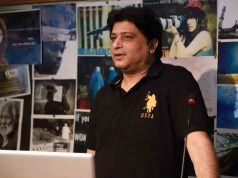