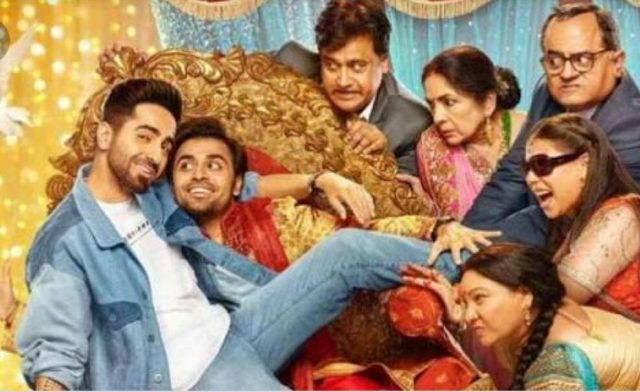 Bollywood has come a long way. It has evolved into a bold, sensitive and responsible medium to convey, reflect, ponder over and suggest progressive ideas, practices, modern relationships, intricate human behaviour, ubiquitous societal pressures, romance, hatred and emotions. It has constantly glorified cherishing bromance in films through Sholay, Dil Chahta Hai, 3 Idiots and many others. These films awed us with the platonic love buddies, the inseparable bond, the partners in crime, the adorable soulmates. However same-sex ‘romantic’ love has remained a taboo, a thing considered as abnormal, a diseased behaviour. Generally, the physical attraction between the same gender especially amongst males remained a comedy stint and nothing more. The debutant director, Hitesh Kewalya, boldly laid bare the hush-hush topic of erectile dysfunction through his writing in Shubh Mangal Saavdhan and now through Shubh Mangal Zyada Saavdhan (SMZS), he brings out of his bag a gay rom-com. Homosexuality has been seen as something against nature’s biology, making the acceptance difficult, but it exists in all strata of society. Hitesh keeps a simple north Indian, middle class, joint family as the locus, one that oozes with its idiosyncrasies and wraps their colloquial behaviour in humour. Kartik Singh (Ayushmann Khurrana) and Aman Tripathi (Jitendra Kumar) are a gay couple, living in Delhi, deeply in love with each other. The wedding of Aman’s cousin in Allahabad exposes their relationship. As usual, the biggest challenge comes from the family. The frizzy family comprising an ensemble of talented actors like Neena Gupta and Gajraj Rao as parents, Sunita Rajwar and Manu Rishi Chadha as Aman’s uncle-aunty and Maanvi Gagroo as his cousin, make the experience delightful with their full-steam humour and superb acting. Kartik-Aman’s love gets unveiled first by Aman’s father and then by others, through Aashiqui kind of a kiss, heads covered by coat at the wedding function. The family tries to wrap it up under the garb of hilarious justification to convince the raised eyebrows of guests. It truly brings a riot of laughter. Later, the family uses all methods – Saam, Daam, Dand aur Bhed to separate the two. Hilariously, they resort to a religious ritual, perform Aman’s last rites, celebrate his rebirth and give him a new name. Not few, there are many intelligently crafted comic scenes that make one peep and enjoy the ‘habits of the heartland people’. How they handle family matters, their bickering yet bonded hearts, brawl raised at the drop of a hat yet standing as one in the time of distress. They are worldly-wise yet behave innocently ignorant changing as per the need of the hour, how they justify their flaws yet expect obedience from kids. Their conversations, vulnerable moments, strengths, domestic endeavours, past loves and crushes; all have been spun into a seamless yarn. Ayushmann is on a hat- trick, traversing all zones with ease. Wearing a nose ring and gay attitude, he exudes immense love for Aman through his eyes and gestures. He goes overboard with enthusiasm at few places yet gives a comfortable space to Jitender, a newcomer, to luxuriantly bloom in his role. Jitender, an Indian actor famous for his work in web series, stands tall in his skin. Unlike Kartik, who is fun-loving, he is a serious ‘man’, practical, sensible and at times aggressive. If need be, he can succumb to family pressures. He believes in repaying back to his parents by obeying their orders against the cost of ‘one sperm’, as he mentions in the film. SMZS consciously skips the awkward areas, keeping the lighter moments at the forefront, cleverly explaining through Aman that love doesn’t recognise gender. He talks very squarely with his scientist father and a simple mother, giving scientific reasons in his support about the chemicals like dopamine, oxytocin produced in the hypothalamus when one is in love; the flush of blood in the veins, the expansion of the ‘aankhon ki putli’ etc, and it makes sense. All said and done, passionate chemistry was expected between Kartik and Aman but it flourished meekly. The dialogues tickle the funny bones yet they look forcibly added in some frames. If Shubh Mangal Saavdhan’s affairs were fine-tuned, the effect stands diminished in SMZS. What surpasses the weaknesses is the supporting cast as family, their brawls and altercations. The music remains ordinary. A polished actor like Khurrana failed to perform perfect lip sync to the songs. The film may not have explored the complexities of the topic on fire but it triumphantly makes one scratch the head and chase answers to the innumerable questions that it raises. For sure, it will calm the storm in the teacup to some extent! 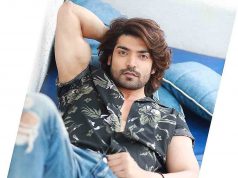 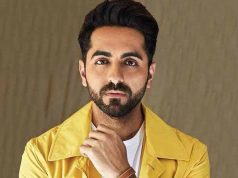 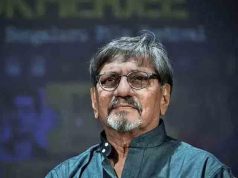