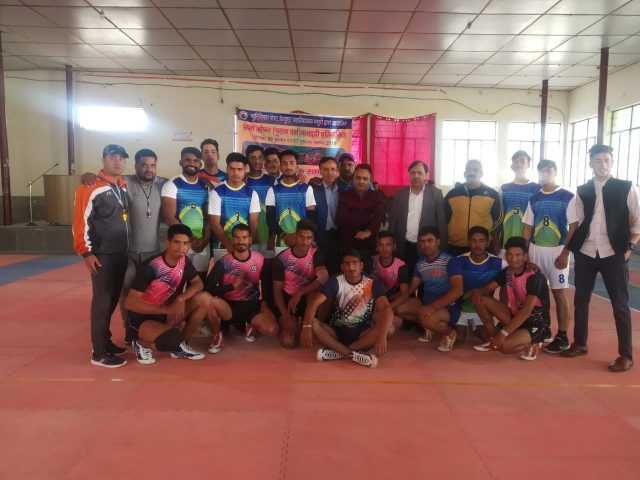 MUSSOORIE, 6 Nov: A two- day First Open Men’s Kabaddi Competition began, here, at the Mussoorie Municipal Post- Graduate College premises. The competition was inaugurated by Sports Secretary Dr RPS Chauhan. Around a dozen teams from Mussoorie and the surrounding areas are participating in the competition. On this occasion, Sports Secretary Dr RPS Chaihan, while addressing the players, said that sports developed the body. Prof Dr Ved Prakash Joshi and Dr Sunil Panwar said that kabaddi had an important place in traditional sports. According to the government’s plan, the talent of the players would be enhanced through such events. President of Mussoorie Students’ Union, Prince Panwar also spoke on the occasion. MPG College showcased the Doordarshan film, Sadgati, produced and directed by the Satyajit Ray, written by Munshi Premchand. The semester’s English literature curriculum includes the film in a social setting. The construction of caste discrimination has been showcased in this film. Present on the occasion were Principal SP Joshi, Head of Department of English, Lipika Kamboj, Shipra Khan, Professor Amitabh Bhatt, Dr ML Upadhyay and Dr Imran Khan.