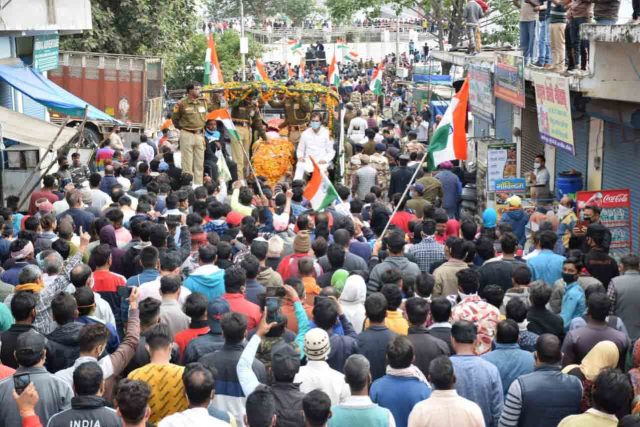 By Our Staff Reporter
Rishikesh, 16 Nov: The final rites of SI Rakesh Dobhal, who was martyred in J&K’s Baramulla area during an exchange of fire with Pakistani forces, were performed today at the Purnanand Ghat, here. He served with the BSF’s artillery unit.
The mortal remains of Dobhal reached his residence, here, at 8 a.m. A large number of people had turned up to pay their respects. He was saluted by his ten year old daughter, Adityaa. Some time was given for people to pay tribute to the departed soul, which included Speaker Premchand Agarwal, Congress State President Pritam Singh, Mayor Anita Mamgain. The funeral procession began at 9 a.m. as people raised slogans in his praise. It was accompanied by a large crowd all the way to the ghat and people showered flowers all along the route.
A contingent of the BSF presented arms at the ghat before the last rites. The Tricolour the martyr was draped in was presented to his elder brother, Mayank Dobhal.
Education Minister Arvind Pandey was present as the Chief Minister’s representative. Officials of the district administration were also present. 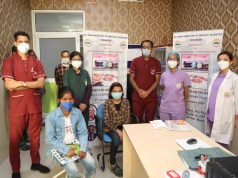 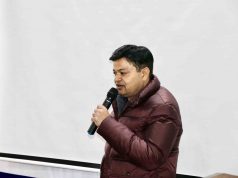