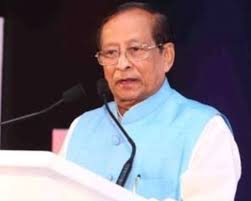 MUSSOORIE, 20 Dec: Legislative Assembly and Council Presiding Officers, Deputy Speakers and officials from various states reached Mussoorie after participating in the 79th All India Convention of Presiding Officers of Legislatures, today. They enjoyed the beauty and environment of Mussoorie. They first visited the Company Garden, Camel’s Back and Mall Roads. Interacting with journalists, Odisha Assembly Speaker SNn Patra said that Mussoorie is a very beautiful town and the atmosphere was very upolluted. He said a committee needed to be formed who would consider the problems being faced during assembly proceeding and would recommend remedies, which would be submitted to the Speaker of the Lok Sabha. A conference would be held in Lucknow on 15 January in which the points taken up at the meeting in Dehradun would be reviewed.

Complaint made against kitty operators