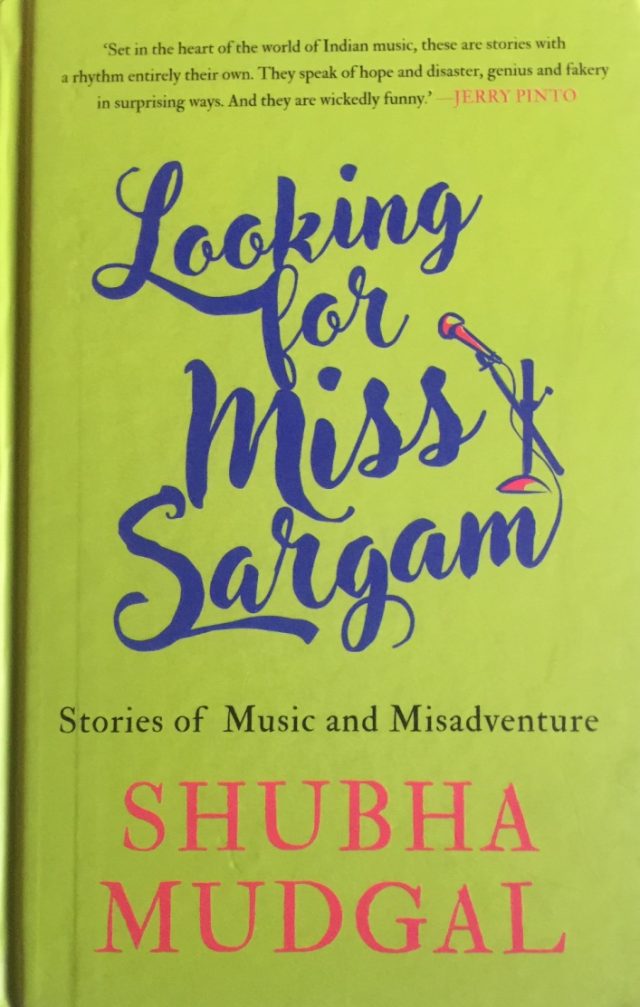 When words fail, music speaks. But behind the glamour and glitter, hidden from view are the thousands of hours of training and practice. Sometimes, with a bit if luck, the gods of music deign to smile upon those who have worshipped her. And at the end of the day, genius shines like the sun breaking through a bank of clouds after the rain. But only just. Shubha Mudgal’s first work of fiction Looking For Miss Sargam: Stories of Music and Misadventure takes the reader – both the initiated and the uninitiated – by the hand into the lesser known lives of musicians, young and old, in cities both big and small. Aman Bol is the usual bringing of star singers from both Pakistan and India together as a peace-offering-concert. The twist is the petty backstage drama that is almost overwhelming. It looms like a dark cloud that hovers over the concert. Let me leave the twist in the tale for you to find out when you read the story. If you were to move on to Foreign Returned, there is a Pune-based classical singer’s much-awaited first trip overseas. But that’s scuttled even before she can unpack her bags and finds herself where it all began – back home. And that too almost before she herself has barely left Pune. For instance, take Taan Kaptaan. is set in a small town where a second generation musician finds himself caught up in the glittering, gossamer web of a reality show. Trouble is that the whole thing is a scam. Or let us go elsewhere, as the author explores the politics of winning a Padma Award by riding rough shod over the rubble strewn road to musical stardom. What’s different? I think is the way in which the writer avoids conventional endings. Ferreting out minor details she fleshes out the lesser known aspects of the music world: how artists deal with one another; their secretive desires, hopes and aspirations. This time around, there will be no prizes for guessing who is Miss Sargam? The author shines through the stories, in a most unobtrusive manner, till you almost se her as a participant or as an artist who watches the tale unfold. You will find her focusing on the ill-treatment of classical musicians; their copyright infringement and the pathetic support from the powers that be for arts and culture. The result is that you find yourself in a world that will seem familiar. Her characters find themselves in not-too-happy situations, but she deals lightly with them. No heavy moralising or passing judgement in these stories. As she makes her debut as a fiction writer, Mudgal is both humorous and heart breaking, and both at the same time. Read on to find out what happens when an old-world recording company tries to reinvent itself for the changing times? Or a when a devotee of a pious God Woman thinks of composing songs for the silver screen? These seven stories have obviously been crafted from anecdotes that have been a part of the author Shubha Mudgal’s orbit as an accomplished Indian classical singer. As one who as struck deep roots in the forest of Indian classical music, Shubha Mudgal has been a performer, teacher, composer and columnist for several decades. Specializing in the field of Hindustani classical genres of khayal and thumri-dadra, she has found wide recognition in popular Indian music and Indipop. Several national and international awards have come her way in this journey of musical accomplishments. I think the best summing up is in well-known author Jerry Pinto’s blurb: ‘Set in the heart of the world of Indian music, these are stories with a rhythm entirely their own. They speak of hope and disaster, genius and fakery in surprising ways. And they are wickedly funny.’ Read on.