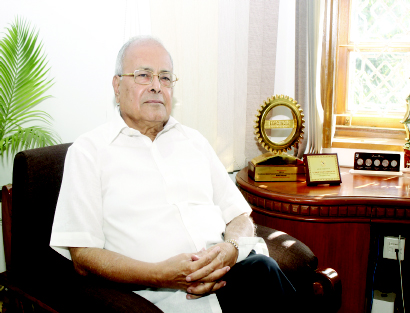 Leading industrialist from Uttarakhand and former
President of Uttarakhand unit of CII, VK Dhawan
feels that current government is doing well to hold investors meet to attract greater investment in Uttarakhand, but he also recommends setting up task force headed by Chief Secretary to follow up the proposals likely to be submitted and deals signed with the government. He also cautions that persuasion and cooperation by the administrative machinery in Uttarakhand will be required in order to turn proposals into a ground reality.
Garhwal Post spoke to him about the industrial scenario and the Global Investors Meet being held in Dehradun. Some excerpts:

As you are well aware a global investors meet is upcoming in Doon. Government is claiming that proposals have been received for investment of over Rs 65,000 crores. What is the potential and what are your expectations in this respect?
I am aware about large number of proposals coming up for investment and happy about it. Even we have submitted some proposals. However the key to success in being able to ensure fructification of investment at the ground level and its sustainability lies in setting up of mechanism. I believe that there should be a senior level person or a group of people to monitor not only the proposals and to facilitate them but also to hear and resolve the problems of the existing industry in the state. The current situation is difficult because of lack of such a mechanism in place. There is scope of even large scale industry coming into the state but questions do remain in respect of its sustainability in the long run. Our infrastructure is not adequate to sustain big volume of large scale industry in Uttarakhand at present. The infrastructure is more suitable towards tourism industry. If the government focuses more on tourism and takes right steps in this direction, then the investment meet can be quite successful. The present government has been proactive in trying to attract greater investment and has also taken some steps towards setting up of a single window system.

What are the major challenges in way to attract large capital in the state?
There is presently a lack of an effective mechanism to hear and monitor the problems being faced by even the exiting industry and to resolve these problems. I remember that in the year 2004 and 2006 when the state was able to attract investment worth Rs 30,000 crores, there was a task force in place which was headed by the Chief Secretary and had Principal Secretaries or Secretaries of all related departments to hear the problems of prospective investors and resolve them. Regular meetings were held. At present such a mechanism is not existing. In the absence of a task force or group of higher officials who can take decisions, it will remain a challenge to turn proposals into a reality. I will like to suggest setting up of such a task force which can hear and resolve the problems, and not only facilitate the investors regarding their requirements of land etc but also for future planning. This should be the part of single window concept. A single window concept in namesake is not going to help much. This system should result in time bound resolution of problems and for granting all the required clearances in time so that industry can be set up in a time bound manner. The officials are generally sympathetic and cooperative in Uttarakhand but are not adequately result oriented due to red-tapism. I would have suggested to the government to set up a team or task force on the lines I mentioned before even before holding this summit, there ought to have been secretaries of related departments on one side and independent experts from chambers of commerce and experts in various sectors to sort and plan out the things. It would have been far better. Even the Industry Bylaws were prepared in Uttarakhand in the year 2003 and they need to be revisited and modified as per today’s needs. This has not been done.

Which are the sectors which have greater potential in Uttarakhand?
Naturally, Tourism holds great promise. Then pharma sector, herbal sectors, food processing and horticulture hold good potentials. Pharma sector is already doing well in Uttarakhand. But in order to attract large scale industry in the state, it would be necessary to ensure revisiting of bylaws and their effective implementation. I would like to suggest also proper focus on defence sector. Modi Government has given right amount of priority to indigenous manufacturing of defence items, weapons and equipment etc. Uttarakhand should focus on this. Defence sector needs secluded and controlled environment which Uttarakhand can offer.
There are a few gaps I will like to point out that can hold back proposals from taking a concrete shape. For example the government ought to have declared in advance the land bank it has so that the potential investors can choose from various options as per their requirements and suitability. Uttarakhand needs to concentrate more on creating a land bank for the industry. We not only need to create a substantial land bank but also make the information public and post it online for the prospective investors to see and choose from various options. The government is rightly focussing on tourism. The government needs to plan in a better and practical manner to promote greater investment in tourism. Plans should be charted out properly and given to investors so that they can choose and investment. For example in Tehri, make a plan and give them ready made projects. Just to give an example, I believe ropeway project is being given to Adani. Similar detailed planned projects need to be prepared and offered for investment. Along the Badrinath route for example which is roughly about 350 km from here, leave the existing towns as such and create model hubs for food and lodging of different standards at every 50 km or so in the villages. Make a standard model under the Veer Chandra Singh Garhwali scheme to create similar kind of bedding and toilets and create brand Uttarakhand. I will mention McDonalds. In any part of the world, they look same and offer almost a similar kind of menu. Uttarakhand also should have some brand and uniformity throughout the state in order to ensure tourism.
In order to monitor the implementation of brand Uttarakhand, an audit team should be there. In order to sustain the expenses, I propose a small percentage (1 percent for example) of hotel charges as bed tax. Such a provision does exist in many parts of the world including in US. Such a bed tax could also be imposed on hostels housing students in Dehradun. I believe that there are over a lakh students staying in Dehradun staying in hostels from Doon School to various universities and institutes.

Are you hopeful of the success of the investors summit?
Success needs to be viewed at two levels. One when the meet is on and MoUs are signed. Once the MoUs are signed, this is one level of success. However these MoUs need to be pursued and concretised. Then a mechanism needs to be put in place directly under the Chief Secretary to ensure implementation of formalities required to turn these proposals into reality. Even the Chief Minister needs to be briefed regularly on the progress of these projects. Infrastructure needs to be built and clean environment. Industrial areas should be clean and have proper roads and proper access of roads, service bylanes and parking places, housing facilities for workers. Short term. Medium term and long term steps and mechanism need to be planned and implemented. If these steps are taken, I am sure that proposals can turn into a reality and change the state’s environment in a positive way. 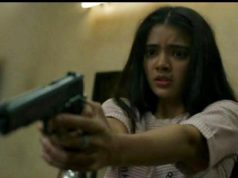 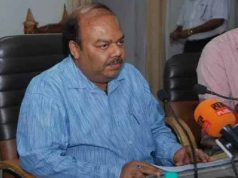 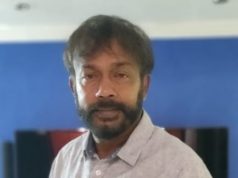