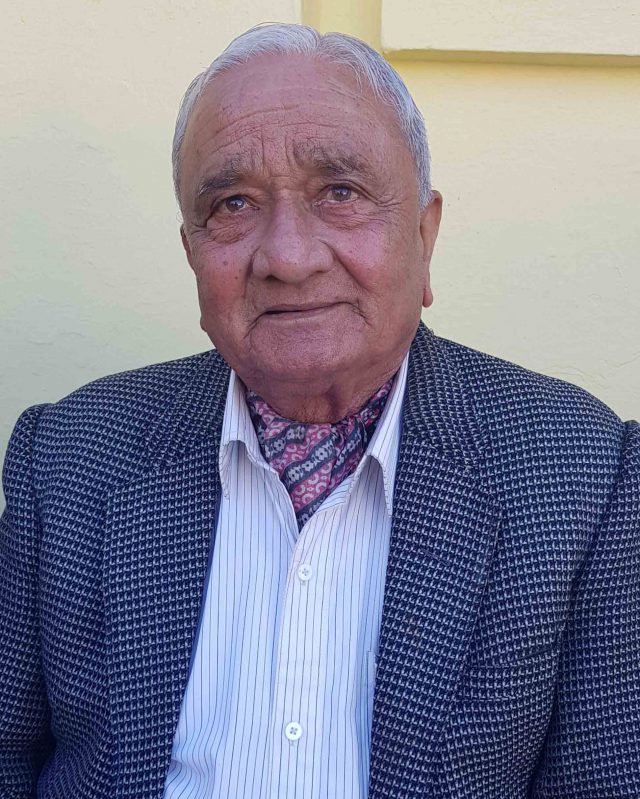 DEHRADUN, 23 Jan: Col Bhagwan Singh Chhetri has rendered considerable social service to the public as President of the Gorkhali Sudhar Sabha. He has been Sabha President for three tenures over ten years. During his tenure, a large number of students received scholarships to mould their careers and are now well placed in life. They all remember him for his timely help. He also rendered his valuable services through the Dehradun Ex-Services League (DESL) to ex-servicemen and widows for more than three decades in getting their entitled pensions, medical and canteen facilities. He remained General Secretary and Vice President of DESL for nearly three decades. He was born on 10 January 1935 and was commissioned into 1/3 GR of the Indian Army in 1959. He superannuated in 1986 after meritorious service of nearly 27 years. He lost his wife, Lakshmi, in 2001, who was also a great social worker. His only son is Col Sandeep Chhetri, presently posted in HQs, Uttarakhand Sub Area. His first daughter, Seema, married an engineer, Rakesh Rawat, and is well settled in Singapore. The second daughter, Sapna, is married to Vivek Thapa, a General Manager in ONGC, whose father JP Thapa is a renowned engineer of Doon Valley. Vivek is serving presently in South America. Col Chhetri’s family members have been rendering service in the Defence Forces for more than three generations, which is a source of pride for all. He recently organised a get together at his residence in Vasant Vihar during the month of Magh for veterans and social workers so that they could interact with each other. The function was attended by more than a hundred people with their families. Col Chhetri, who is more than 85 years old, now devotes most of his time to social activities, which keep him mentally and physically fit. This encourages other veterans to follow in his footsteps. Those who attended the function included Lt TD Bhutia, Cols BM Thapa, BD Gambhir, SS Kanwar CB Thapa, Jiwan Kumar Chhetri, DS Khadka, Bhupi Khatri, Er JP Thapa, Pooja Subba, Advocate LB Gurung, Ram Singh Thapa, R Rana, Capts Neel Kumar Thapa, Ashok Limbu, Rajendra Singh Thapa, Padam Singh Thapa, Hav Budhi Prasad Sharma and many others.