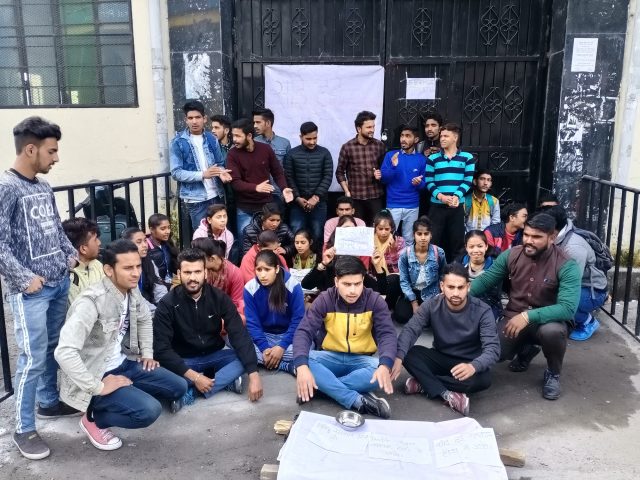 Mussoorie, 13 Nov: Protests have broken out in Mussoorie MPG College against the increase in fees by colleges affiliated to the Hemvati Nandan Bahuguna Garhwal University. The college has been closed indefinitely by the Mussoorie MPG College Students’ Union President, Prince Panwar, with the support of students. There was a huge argument between the students and Principal SP Joshi. The students expressed their protest by begging and taking out a ‘funeral procession’ of the Vice Chancellor and Higher Education MoS Dr Dhan Singh Rawat. They shouted slogans while burning their effigies.
Student leaders Prince Panwar, Sumit Bhandari, Jagpal Gusain and Manish Nautiyal said that the college would not be opened until the fees raised by Garhwal University were withdrawn. The college would also remain closed indefinitely. He said that, in Uttarakhand, students had been agitating over the last several days against increased fees, but the state government was not paying attention, and neither was the Vice-Chancellor or the Higher Education Minister. He said that the government is talking about giving education to the poor students under the Sarva Shiksha Abhiyan to improve the level of education, but fees were being increased continuously. If the increased fees are not withdrawn soon, the college would not be allowed to open. If an attempt was made to forcibly open the college, they would be forced to commit suicide.
The college principal said that the students’ movement was affecting the education of many students. The college would be opened under police protection on Thursday.
Present on the occasion were Naveen Shah, Nikhil Bahadur, Suraj Kumar, Sapna Sharma, Abhilash, Meenu, Tripti Baloni, Anil Panwar and many others. 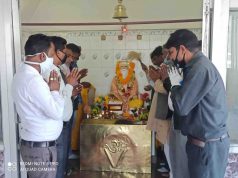