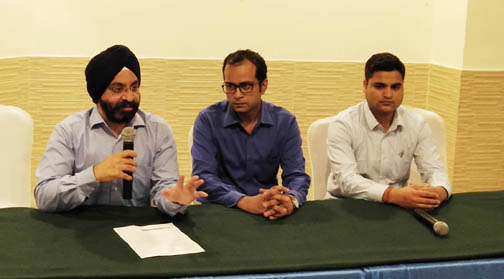 By OUR STAFF REPORTER
DEHRADUN, 25 Mar: NephroPlus, India’s largest dialysis care network has been providing dialysis to BPL patients at the Coronation Hospital, here, and Base Hospital, Haldwani, since February 2017 under the PPP model. It received regular payments up until December 2017. According to Sukaran Singh Saluja – VP, Operations at NephroPlus, post January 2018, payment has been withheld without providing any valid reason whatsoever. It was only after the issue was raised with the DG, MH&FW, it was stated that there had been an internal order in the Department that payments related to BPL patients needed to be authorised by the MD-NHM. The DG stated that the file related to this payment was approved by his office but it had not been cleared by the MD-NHM. Despite MD-NHM not being a party to this agreement and it being an internal matter of government, the MD-NHM was approached on several occasions only to be returned to the DG citing different reasons.
He claimed that NephroPlus’s core value was ‘Guest care comes first’ and it did not deny any patients this critical treatment due to document related reasons, which is not in its scope, either, as per the MOU. Bills towards services are vetted at several levels before being cleared. He said it was distressing that a vendor supplying such crucial services was being forced to undergo such financial distress without reason.
Due to the financial hardship that NephroPlus is facing at these two centres due to non-payment of dues, it is being forced to consider discontinuation of services to BPL patients if the matter is not settled soon. It finds it impossible to pay its suppliers and employees providing consumables and services. It has now also written to the PMO and the Health Minister, GOI, to intervene in the matter as its pleas have not been heard so far at any level in the State of Uttarakhand.
It presently has 900 patients that it is serving now, with a total of 76,870 sessions done in 2018. There are also 66 employees at risk of losing their livelihoods.
NephroPlus has 186 centres currently across 18 states, 100 cities in India.