Dehradun, 19 May (IANS): After spending Saturday night meditating in a cave, Prime Minister Narendra Modi on Sunday offered prayers at the Badrinath and Kedarnath shrines in Uttarakhand.
His visit to the two shrines, nestled in the Garhwal Himalayas came, on a day when the country was witnessing the last phase of polling for the Lok Sabha elections.
The Trinamool Congress (TMC) lodged a complaint with the Election Commission against the Prime Minister for allegedly violating the Model Code of Conduct (MCC) on polling day.
“Though the campaign for the last phase of polling for 2019 Lok Sabha elections got over on May 17 at 6 p.m., Narendra Modi’s Kedarnath Yatra is being covered and widely reported in local media as well as the national for the last two days. This is a gross violation of the Model Code Of Conduct,” said Derek O’Brien, leader of the TMC Parliamentary Party in the Rajya Sabha.
Earlier at Badrinath, Modi paid obeisances to the Lord Badri (Vishnu) shrine. The priests and purohits chanted Vedic hymns while the Prime Minister offered prayers. The Badrinath Temple Committee Chairman Mohan Prasad Thapliyal also presented him a memento.
Before that in the morning, he offered prayers at the Kedarnath temple. He later thanked the Election Commission for permitting him to visit the Himalayan shrine and take a break from the gruelling election campaign. “I got two days rest,” he said.
In Kedarnath, Modi told the media that he was completely cut off from the world inside the specially-created cave, which was furnished with amenities such as power, an attached toilet, a telephone, a CCTV etc. “There was no communication, only a small window through which I could see the temple,” he said.
He said blessings of Lor Shiva would continue to bestow on India as well as the whole humanity. “I don’t ask for anything from the God. I think, the God has made us to give something to the society,” he said.
Modi also appreciated the redevelopment work at Kedarnath after the 2013 deluge left town battered and said a dedicated team was engaged in the process. “I monitor the work through video conference from time-to-time,” he said.
Expressing satisfaction with the rebuilding work, Modi said people should visit Kedarnath and other areas of India in addition to visiting places like Singapore and Dubai.
The Prime Minister also lauded the work of all those people who are engaged in providing various amenities at the tough terrains of the Himalayan shrine.
“Normally people come here only after the portals (of shrine) are opened. But we must not forget that hundreds of people remain engaged in providing various amenities to pilgrims much before the doors are opened,” he said.
He thanked the media for coming to Kedarnath despite the tough election schedule and said the message through the media about the redevelopment in the area would be positive. 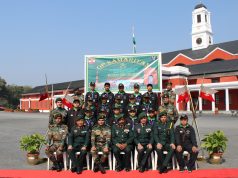 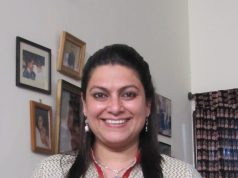