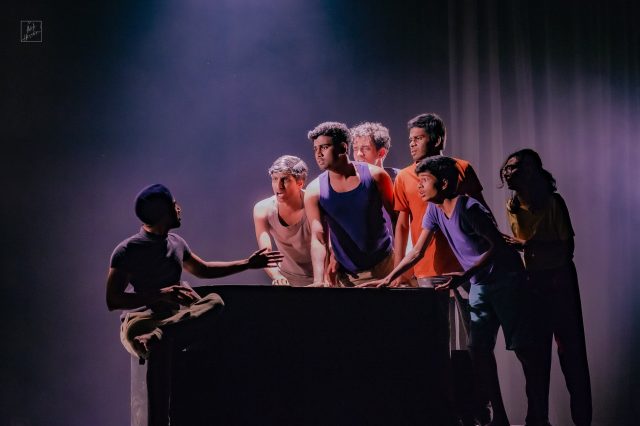 Dehradun, 8 Feb: The Grease Yaka, a Sri Lankan play directed by Nishanta de Silva and Rajitha Hetiarachchi is a powerful portrayal of what fears and distrust can lead to in any society. The one hour odd long play was staged today as part of the first ever Bharat Rang Mahotsav to be hosted in Dehradun. This year it is the 21st edition of the Bharat Rang Mahotsav which is hosted each year by the National School of Drama, New Delhi. NSD is hosting this first ever parallel Bharat Rang Mahotsav in Dehradun.
In all 7 plays are being staged in Dehradun parallel festival of which 3 are foreign while the remaining 4 are Indian plays.
Although this play is set in a Sri Lankan context, the events portrayed in it appear to have considerable resonance in contemporary India. The Grease Yaka, which translates to Grease Demon, is a Sri Lankan urban myth about slippery, shadowy individuals, covered in grease, who were suspected of crimes ranging from voyeurism to theft to abduction and murder. At the height of the Sri Lankan conflict, various rumours about these grease yakas became a social phenomenon bordering on hysteria in certain quarters. Fear about grease yakas was particularly acute within vulnerable and marginalized social groups.
Though, ten years after the end of the conflict, fears about the grease yakas have now faded into memory but somewhere still lurks!
The first half of Grease Yaka Returns examines how fears evolve and spread in society. The second half of the play explores the corrosive and sometimes devastating consequences of these fears.
The play is directed by Nishanta de Silva and Rajitha Hetiarachchi both from Ananda Drama company of Sri Lanka who also happen to be the playrights. This play was for the first time staged in 2018. The cast includes Leeth Singhaghe, Eshani Seneviratne, Lakshita, Dmitri Gunatilake, Dinoo Wikramage, Ashini Fernando and Chalana Wijesuriya. The music is composed by Ranil Goonewarden while the stage was managed by Rajitha Hetiarachchi along with Rithmaka Karunadhara. 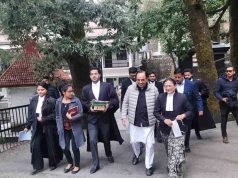