Dehradun, 4 Sep: Van Gujjar families living in Rasiabud unit area adjoining Rajaji National Park have alleged that the Forest Department raided their homes past midnight on 31 August, demolished their hutments and attempted to evict them by force. They have also pointed out that the forest department had made several attempts in the past one year to evict them by force in violation of the orders of the State Government issued in this connection. It may be recalled that, in the year 2013, the state government had accepted that many Gujjar families which were living in several areas in core areas as well as buffer zones around the Rajaji National Park were mistakenly omitted from the official count of the families and, therefore, could continue to dwell in the forest as they had not been rehabilitated. However, despite a clear order in force in this respect, the forest officers continue to attempt their forced eviction from the forest area, totally in violation of provisions of the Forest Rights Act and the directions of the state government!
A PIL has been filed in this case by Arjun Kasla challenging the authority of the forest department to evict the Van Gujjars in the Uttarakhand High Court. The case was heard today and the hearing will continue. The PIL had sought intervention of the High Court in this matter.
According to the Gujjars, around midnight on 31 August, the forest officials again attempted eviction by force of some of the Van Gujjar families living in Rasiabud area without following any procedures.
It may be recalled here that it was on 26 November, 2013, that the state government had written to the Principal Chief Conservator of Forests directing the forest department not to evict the Gujjar families till they were finally rehabilitated. The government, in its order, had also categorically stated that these families were not to be evicted till the process was completed to determine their rights under relevant provisions of the Recognition of Forest Rights (of Forest Dwellers) Act 2006. The Order had specifically directed the forest department not to demolish the huts of the Van Gujjars.
However, Arjun Kasana, Secretary of NGO, TARF, which has been working on protection of the rights of the Van Gujjar community living in Rajaji National Park, has claimed that the Haridwar Forest Departmen thad attempted to evict the families from Rasiabud area last month without serving any notice. However, when the NGO Secretary Kasna spoke to Conservator, Shivalik Range, PK Patro, only then show cause notices were served on certain families. These notices were promptly responded to by the NGO on behalf of the Gujjars, but the forest officials again attempted to demolish the huts of Van Gujjars around midnight of 31 August, 2019. Though, the Van Gujjars concerned were living with their families which included women and children, yet the forest administration team did not have any accompanying female officials when the eviction was attempted.
The NGO has sent a detailed reply on behalf of the Gujjars in response to the notices served on them, quoting reasons why these families could not be evicted by the Forest Department. In its response, the NGO has claimed that the Van Gujjars were dependent on forest land for their bona-fide needs for more than 100 years. The NGO further pointed out that this was evident from the fact that various schemes had been launched by Uttarakhand Government including the Bhasin Yojna covering these Gujjar families and through Government Orders passed from time to time.
The response further pointed out that Forest Right Act also recognised rights of communities like Van Gujjars and that they could not be deprived of these. The response also claimed that the Haridwar forest Department was simply not authorised to evict these families as their rights as traditional forest dwellers were protected under the Forest Rights Act 2006 which was a central act passed by Parliament.
The NGO has further alleged that instead of responding to the NGO’s letter, the Forest Department chose to ignore it and indulge in a forced “illegal” and midnight eviction of Van Gujjars from the forest area they had been living for ages
Speaking to this correspondent, Director of Rajaji National Park, PK Patro, who also holds charge as Conservator, Shivalik Range, claimed he was aware of the allegations, but he was not in a position to comment whether the forest officials had raided and demolished the huts of Van Gujjars late in the night. He further claimed that he had asked the DFO Haridwar to follow due procedure in this regard, and now notices were being served on the Gujjars, adding that those evicted could be cases of recent shifting to the buffer zone areas of Rajaji National Park. He claimed that the Van Gujjars living in the forest for long had not been touched. However, in response to another question, he did admit that all the recent encroachers were Van Gujjars. He also admitted that he was aware of a PIL having been filed in this case which was being heard in Uttarakhand High Court.
Speaking to this correspondent, DFO, Haridwar, Akash Verma claimed that he had heard about the Rasiabud incident only through some media persons and he had asked the Range Officer to report to him in the matter. He added that, as far as his information went, about 5 families from Shyampur Range were served notices of eviction after the hearing in the DFO Court on 28 August. Two of these families were non-Gujjars, who had agreed remove their encroachments and had done that as per the updated information. He would like to find out about the Rasiabud incident before commenting on it. 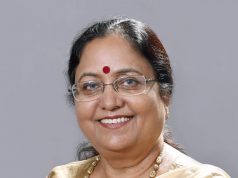