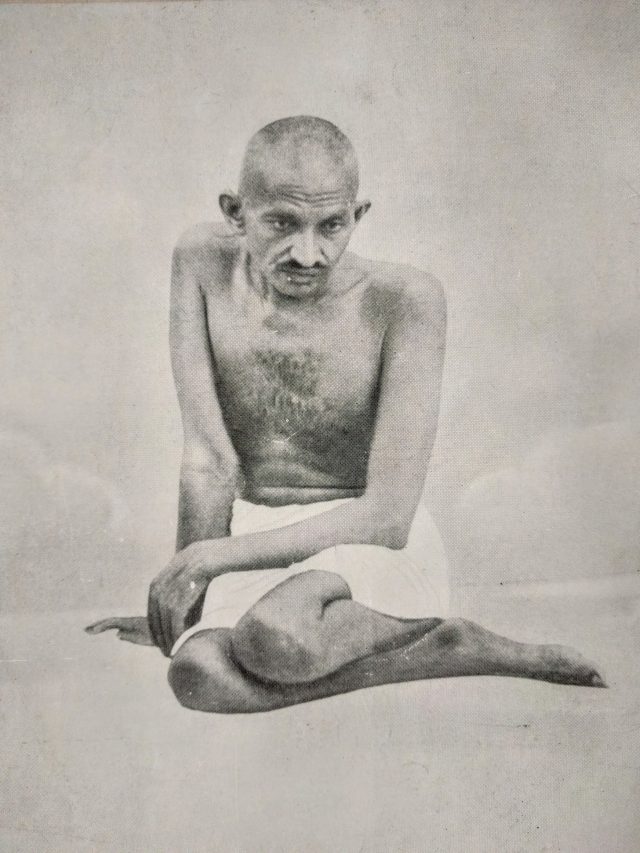 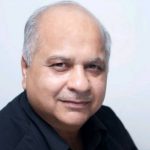 History makers and recorded history in books are not necessarily on the same page. Much of what goes by as history is best left for the book worms literally. The glove is off the historians’ hands and the pen has been traded for a penknife to shred reputations and make evidence a plaything. The true icons of the past are mute spectators to the treatment meted out to them and their life’s work and the pedestals on which they were once placed are relegated to dusty confines.

Mohandas Karamchand Gandhi, the very man who brought India out of an imperialist and colonial thralldom, today, is a social and historical misfit because his truth is an inconvenient truth and corrosive even to many a hardened conscience. But can revolutionary and transformational ideas be ignored for all times, can a seed not embrace the soil again to shoot forth its benevolent boughs in every direction?

The English race had shown its mettle against the sheer brilliance of Napoleon Bonaparte and a century later, again, against the Nazi narcissist, Adolf Hitler. Then how it came to pass that Churchill’s “half naked fakir” proved to be the bete noire and the nemesis of the largest empire to straddle the planet?

What mattered most to Gandhi? What engaged this simple yet great man for the better part of the seventy-eight years that he lived? Truth. Truth was the cornerstone of his unique endeavours: mental, physical, psychological and spiritual. It was no different when facing the might of the British Raj. He realised that truth was to be a thread run through one’s entire range of activities and there should be no need to adopt truth as a matter of convenience according to circumstances.

Tricked into visiting a brothel in England by a friend, Gandhi had the courage to record the incident in his autobiography: “At first I felt very much ashamed, but as I could not think of the thing except with horror, the sense of shame wore away, and I thanked God that the sight of the woman had not moved me in the least.” Does this then surprise us that on completing his autobiography, in 1925, he chose to give it the title: The Story of My Experiments with Truth.

Looking at his life it is no struggle to understand that such a title was only befitting and natural for his autobiography. Gandhi, in penning the recollections of his life, was not just sharing his life’s events with the public, but his was a conscious effort to do a very truthful and rigorous self analysis without deception, of concealing what was morally incorrect or embarrassing.

Notwithstanding all his stellar accomplishments, Gandhi will perhaps sadly be remembered only for his singular contribution and that too for as long as the so called ‘historians’ credit him space on the pages for the freedom struggle that India had to launch to get the yoke off, the century old yoke of British imperialism and colonialism that left the nation crippled in its infant steps post independence in 1947. Truly, Gandhi stood head and shoulders above the several leaders who had tried and failed to create an effective front against the British rule. They failed to do so chiefly because their minds were set on promoting their narrow constituency and class interests. The monolith Indian National Congress was anything but homogeneous for this reason and it needed Gandhi’s leadership skills to weld together disparate factional cliques and ideologues and forge a result oriented anti-British front that was able to exert adequate and relentless pressure on the latter to ultimately give in and agree to granting independence on 15th August,1947, but not before maliciously partitioning the country with a lasting festering wound.

The uniqueness of Gandhi’s assessment of the British rule was that he comprehended correctly that it was pervasive as it was hegemonic and had seeped into all aspects of the country’s social, political and cultural life. Such a hegemonic superstructure could not be dismantled by simple protests, petitions, compromise or sporadic acts of violence as none were capable of ridding the country of the strangle-hold of imperialism. Thus, while important Congress leaders wrestled with little success to create a mass upsurge against the British Raj, Gandhi through a range of programmes and campaigns, at times puzzling to others, added the weight of the masses to the cause of struggle by making them stakeholders in their future.

Through a few initial protests and campaigns, Gandhi, starting with the Champaran Satyagraha of 1917 and the Khilafat Agitation of 1920, fashioned a well thought out strategy to putting a wholly different nature of pressure on the British authorities who, till then, had been accustomed to dealing with Congress leaders who had a misplaced faith in the British sense of fair play and thought petitions for freedom would be adequate to move towards independence. But Gandhi, already a veteran of South African protests, had a more nuanced perception of the reality and he, accordingly, leveraged the widespread disenchantment of the Indian people. His methods of non-violent, non- cooperation and pan-India mass protests were a nightmare from which the British had little relief.

In the coming years, the Salt Satyagraha, Dandi March and Civil Disobedience weakened the British resolve to hold on to the reins of the country. Then the Quit India Movement of 1942 further put the freedom struggle on a path of success.

But Gandhi was more than a mere strategist for Independence. He was a complete visionary who was steeped in pragmatism and anchored to a solid foundation of ethical conduct in all matters of conscience, private and public. His more seminal everlasting legacy, beyond independence, lies in his mission to eradicate untouchability, to put women education centre stage, his call to make villages self sufficient and convivial for a decent lifestyle as more desirable alternative to the overpopulated and unhealthy cities, and his concern for the evils of over exploitation of the planer’s finite resources. More than anything, he placed the highest emphasis on truth and ethical means to achieve an objective in any walk of life.

His close confidant whom he groomed in many ways, Jawaharlal Nehru, said of Gandhi: “Within a few more years there will not be many left who have come in personal contact with him and had experience of that vivid, virile and magnificent personality. The legend will grow and take many shapes, sometimes with little truth in it. As is India’s way, we shall add him to our pantheon and celebrate the day of his birth and the day of his passing away…But I have no doubt that in the distant, as in the near future, this towering personality will stand out and compel homage. It may be that the message which he embodied will be understood and acted upon more in later years than it is today.” That would be a great day for all humanity and true homage to a votary of simple living and evolved thinking.