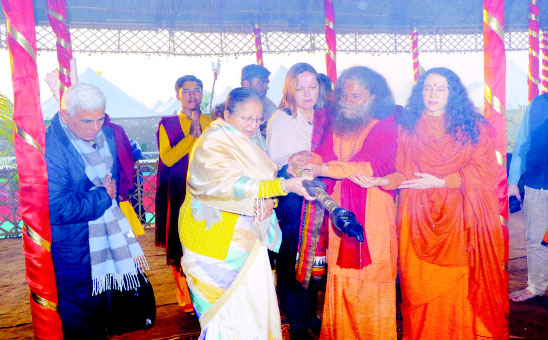 By OUR STAFF REPORTER
Rishikesh, 28 Jan: Eminent Religious Leaders of various faiths joined together with Speaker of the Lok Sabha Sumitra Mahajan, Union Minister of State, HRD, Satyapal Singh, Member of Parliament Meenakshi Lekhi at the “She is the Solution: The Summit of Grace” conference during the 2019 Kumbh Mela at Prayagraj to speak on various topics concerning women empowerment, education and sanitation with a special focus on ending child marriage and improving menstrual hygiene. Over 500 spiritual and political leaders, students and sanitation workers from across the country took a pledge for the safety and security of women and girls in the future when they would not only survive but also thrive.
The morning started with an in-depth round table high level discussion and commitments and was followed after lunch by the main inaugural session of the Summit, which was organised under the auspices of the Global Interfaith WASH Alliance (GIWA) and Parmarth Niketan, with technical support from the Water Supply and Sanitation Collaborative Council (WSSCC) and UNICEF, to support the efforts of the Department of Women and Child Development, Government of Uttar Pradesh.
At the inaugural session, Speaker Sumitra Mahajan declared that child marriage was a dangerous burden: “A girl who is not physically or mentally ready, is not mature. She does not understand the world and must not be burdened with marriage. I come from a humble background but I was inculcated with values that we must not do onto others what we would not like to be done unto us. Hence, let us ensure proper nutrition, education and sanitation of all women and girls. Our Shakti doesn’t need empowerment from someone else; they need to recognizse that they themselves are the power.”
Speaking on the occasion, Swami Chidanand Saraswati, President of the Parmarth Niketan and Co-founder of GIWA, said, “We are at the Sangam to come together to address issues troubling our world. Kumbh is a great. It should become a Mela with a Message. Today we are here to break our silence and to stand together against child marriage and say yes to education and sanitation of our girl child. She’ is the change; so, let us become the change and bring the change.”
Sadhvi Bhagawati Saraswati, Secretary General for Global Interfaith WASH Alliance, shared, “We celebrated of Republic of India on the 26th but today we commemorate and remember the Republic of Women of our Mothers. As India became free of colonization, so our women and girls need to be free from violence, inequality, stolen childhoods and lack of sanitation.”
During the summit, ten female Kumbh Mela sanitation workers were honoured with saris and fifteen community champions were felicitated with certificates and a shawl.
Dr Rita Bahuguna Joshi, Minister of Women and Child Development, Government of UP, urged women and girls across the state to seize the initiative.
Sue Coates, Deputy Executive Director, WSSCC, gave the summation of the discussion.” Minister Satyapal Singh lauded GIWA for raising the issue of child marriage through faith leaders who are spiritual guides to millions.
The summit paid special attention to the issue of gender-based discrimination. The participants discussed at length on their role in ensuring equal treatment of girls and boys in the community, with a special focus on Uttar Pradesh where one in every five girls is a child bride. The summit reinforced the fact that while regressive cultural norms were responsible for the prevalence of child marriage, there was no religious basis for the practice.
The summit also honoured champions who successfully prevented child marriage within their communities, including Rekha, a digital awareness champion who prevented her own marriage and Lalmani Vishwakarma, a father who defied societal pressure to protect his children from child marriage. Both these champions belong to Shrawasti, which has the highest child marriage prevalence in India at 68.5%.
Among the other highlights of the summit was the launch of a video combining the voices of widely respected faith leaders, united against child marriage, as well as a live performance by Meri Zindagi-one of UP’s first all-women rock bands.
The summit concluded with all participants taking a pledge to take the message of ending gender-based discrimination and child marriage back to their followers in the community. 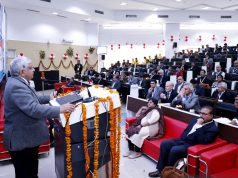 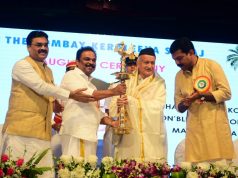