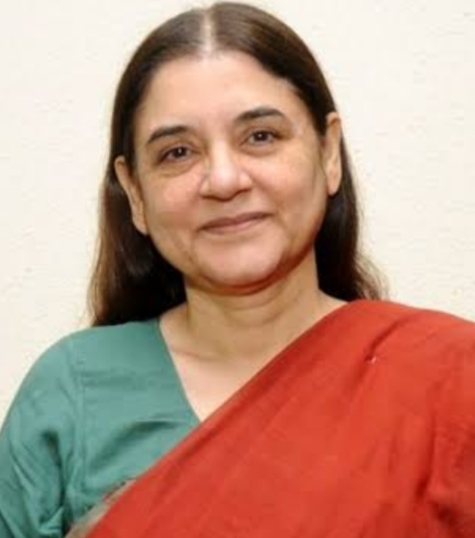 What is Maya? Narada Muni wanted the answer so he meditated for decades until Vishnu appeared. “Come”, Vishnu said, “let us walk and I will tell you what Maya is.” They walked on the hot sands of the desert and soon they were tired, dusty and thirsty. Then Vishnu pointed at a small hamlet and said, “Narada, please get me some water.” Narada knocked on the first door and a girl of beauty and grace opened it. “Come in, my lord,” she said. He entered to a welcoming family who gave him food and water and he stayed for months until he asked for the girl’s hand. He married her and had three children. Twelve years passed and suddenly there was a flash flood that destroyed the village. Narada took his three children and wife and tried to get out of the high swirling waters. But they were swept away and he found himself alone. He sat in the ruins of his life and cried bitterly. And then he heard the distant voice of Vishnu calling, “Narada, I’ve been waiting half an hour! Where is my water?” And then Narada realised that everything was a dream.

A girl wrote to me from Patna: a pedigreed dog had been abandoned by his owners on the streets of Patna. He had been bitten by the street dogs, was almost blind with eye infection and bald with mange. She had taken him in, but he bit her and her in-laws objected so she put him in a boarding house. But the boarding house was too expensive so she gave him to a volunteer who kept him on the roof in the heat, always chained and so she gave him to someone else but he growled a lot and they had a small child, and now she had no option but to put him back on the street. He had been chained in different houses for a month.

I asked Air India to fly him to me. I paid the fare, the girl got the cage and this very broken and hopeless-with-rage Chowchow came to me two months ago. As soon as he came he bit me and then no one would go near him. I named him Goofy because I believe that names have power and though we usually name all our animals after gods and qualities, he required a silly name to make him less threatening. All I did was talk to him and tell him how much we loved him and how happy we were to have such a brave and handsome addition to the family. He never bit anyone again. When he was attacked by the resident alpha dog, Lambu, he vented his anger on the sofa cushion till it died! He still has the cushion as his victim when he gets upset, but now he just rolls on it and squashes it to death.

Two months later his hair is a beautiful black fur, his eyes are almost healed, he and Lambu are cordial and respectful to each other and he has settled in as a happy non-aggressive, loved being. Sometimes I wonder if he remembers his time of extreme suffering in Patna and whether that is real to him or whether this is real. He went from one extreme to another and perhaps it was his faith in the magic of the universe that got him to me. The king who slept and dreamt he was a butterfly. When he awoke he asked himself: was he a king dreaming he was a butterfly or a butterfly dreaming he was a king?

This time of Covid has brought many new beings into my house: Nisha, whose leg was broken by her owner and abandoned, tied to a lamppost and fed by passersby. Someone brought her directly to my house, and I can never say no because that is their destiny and I am simply a small medium. Gora with yellow eyes who came full of wounds and is still very afraid. Two crows called Kaku and Kaki who come for biscuits every day at 5 p.m. and bang into me if I am late, the squirrel who shares their biscuits and was very skittish till we named him Tommy Sir, and now he sits with his chest out. The dogs abandoned by the taxi stand nearby whom we feed till the cabbies come back. Three bearded dogs who have been abandoned by a lawyer who used to feed them outside his house. They will not come inside mine but they sit outside and get fed. The fat earthworms that come into my room, in pairs, to avoid the rain and whom we put back when the sun comes out, the myna who walks with me until she is chased off by Tulasi, the fifteen or more monkeys who sit on the stairs to the roof and are fed rotis and fruits every morning. After they eat, they thank us by pulling off the few vegetables we grow in the garden and throwing them at the dogs. Gauri, who works with People for Animals, has become the cat lady and has taken in dozens of newly born kittens who would otherwise have been put into sacks and thrown into gutters.

During this lockdown, thousands of people have written about their travails with animals to me and we have tried to help all of them. Each story is unique and they are all painful – a litany of cruelty by people who should have used their time on earth to make it a better place, but have chosen to become mean and vicious and waste their lives by increasing the sum total of suffering. I am so lucky, so terribly lucky, that I was given the chance and the understanding of how to snatch moments of happiness. If you are in this dream called Maya, make sure you don’t make it a nightmare for everyone else.