Dehradun, 10 Oct: Although the Centre wants to implement a new sports code that seeks to cleanse sports bodies in the country, Uttarakhand is one state that is resisting it. A deep look into the functioning and the structure of various sports bodies in the state will make it clear that the Government seems to be under pressure from senior bureaucrats and other senior government officials who have forced it to withdraw the new sports code announced by the Centre. It is one thing to make tall claims about Zero Tolerance in governance and totally another to make honest and sincere efforts on really working hard on strictly tackling corruption. The Uttarakhand Government, irrespective of the party in power in the state, the BJP or the Congress, has always shown weak resolve towards reining in its bureaucracy which has always managed to pressurise the government on seeking favours. It has been some time now that the Modi Government has come up with the new sports code which seeks to restrict government officials from holding posts in the sports bodies for more than a period of 4 years. The new National Sports Development Code of India (NSDCI) is currently in the draft stage and is under implementation. It ostensibly seeks to ensure transparency and accountability in the functioning of national sports federations for the healthy development of sports. As per the NSDCI, NSFs are required to follow democratic and healthy management practices which require them to ensure greater accountability and transparency at all levels, adopt impartial and transparent selection procedures, adhere to age and tenure restrictions of office bearers, adopt and follow the basic universal principles of good governance in sports, adopt proper accounting procedures at all levels, and produce annual financial statements, prevent age fraud and sexual harassment of women, comply with the provisions of the Right to Information Act and hold elections as per the model election guidelines. However, the Indian Olympic Association has found several “major faults” in the new code and after deliberation with various sports bodies is attempting to pressurise the Centre into dropping the new sports code. It may be recalled that the current General Secretary of the Indian Olympic Association, Rajiv Mehta hails from Uttarakhand and has been associated with quite a few controversies, including some related to Uttarakhand, too. When he was heading the Uttarakhand Olympic Association, there was a direct transfer of funds of the Olympic Association to his personal accounts. An inquiry, then ordered by the state government never really reached its logical end. Incidentally, a senior bureaucrat from Uttarakhand, Rakesh Sharma, who had been made Inquiry Officer in that case has very close association with Mehta and the sources claim that Sharma has been already nominated as Deputy Chief of the Indian Mission to Tokyo Olympic Games in 2020. It may further be recalled that Sharma had accompanied Mehta to the London Olympics as well in the year 2012. That was the time when Mehta had been allegedly arrested for drunken driving in London during the games. Mehta has a strong hold on various sports federations at the national level as well in Uttarakhand. His wife, Deepa Mehta, and son are also associated with national sports federations. Mehta has held controlling positions in various sports bodies of Uttarakhand including in many ad-hoc bodies related to sports which are not well known in the state or the country. Mehta, who headed the Football Association of Uttarakhand for a long period, could not organise even the state championships of games with which he was associated. In addition, there are several senior officers from Uttarakhand who are associated with sports federations in the state. One of them headed a sports body for more than two terms and now has given charge of the association to his wife, who is also a government official. Another Secretary level bureaucrat still holds charge of one sports body. Besides them, there are other government officials who are associated with various sports bodies for more than 4 years. Obviously, the Uttarakhand Government was under their pressure when it announced withdrawal from the new sports code. Now the government claims that it would implement the new sports code after the national games. Sources claim that not only the new sports code but also the service rules for the government employees restrict them from holding position in sports bodies for more than 4 years. However, the state government does not seem to be listening. Of course, if the new sports code gets implemented, no escape route will be available for the government officials from the state as well as for Rajiv Mehta. That is why they are resisting the new code. Union Sports Minister Kiran Rijiju is scheduled to meet representatives of national sports federations and the Indian Olympic Association, tomorrow, in New Delhi to discuss the draft sports code. Sources in the Union Sports Ministry however claim that the government is determined not to budge from implementing the new sports code irrespective of the fact that several associations have termed the new sports code as government’s interference in the functioning of the sports bodies. 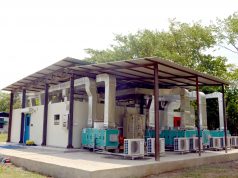 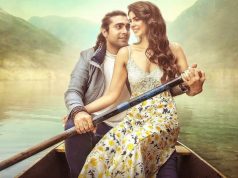