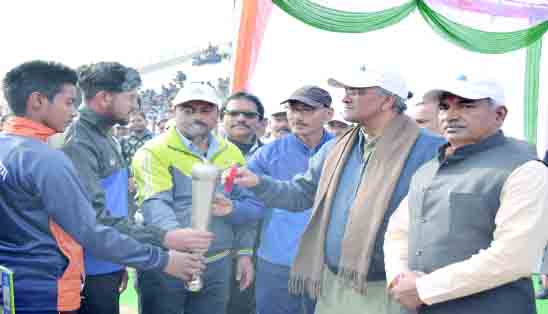 By OUR STAFF REPORTER
DEHRADUN, 8 Jan: While inaugurating the State Level Sports Maha Kumbh 2018 here, today, Chief Minister Trivendra Singh Rawat said that arrangements were being made to arrange for foreign coaches to impart special training to the sports coaches of Uttarakhand. With this initiative, the emerging players and children of Uttarakhand would get good sports coaching in the future. He said Uttarakhand had also got the opportunity to host the National Games in 2020, which was an historic opportunity.
“I am sure that Uttarakhand, which is known for its hospitality, will host the national games in very orderly manner, with cordiality and warmth,” he asserted. By organising the State Level Sports Maha Kumbh, he said efforts were being made by the Sports Department that more children from the state participate. He said that sports were not just play, but also inculcated a feeling unity and love for the country.
Expressing satisfaction, he said, “Today, the emerging players are playing for their schools, districts and the state. We wish that they get the privilege of playing for their country in the future. Through the efforts of the state sports department, Uttarakhand got recognition from the BCCI. International Cricket Tournaments are also being held at the Maharana Pratap Sports Stadium over the past two years. The historic Investors’ Summit was also organised at the stadium. State level sports Maha Kumbh is a very good start.”
He also mentioned the existence of the two international level stadiums in Dehradun and Nainital.
To promote sports in Uttarakhand, the Sports Maha Kumbh was organised for the first time in the state in 2017. The competitions are organised in different age groups and sports categories from the Nyaya Panchayat to the state level. The purpose is to encourage sports culture and talent, particularly in the remote rural areas.
In Sports Maha Kumbh 2018, competitions will be held for under-14, 17, 19 (boys/girls) and Women and the Divyang in the age group of 19-25 years.
In the first phase, competitions were organised in all the 670 Nyaya Panchayats and in the second and third phases, competitions were held in 95 development blocks and 13 districts, respectively. The prize money for winners in block, district and state level competitions has been doubled by the state government this year. In the Maha Kumbh this year, 3744 boys and 3666 girls will participate in various age categories in 13 sports disciplines at the state level.
Education Minister Arvind Pandey, Raipur MLA Umesh Sharma ‘Kau’, Secretary Dr Bhupinder Kaur Aulakh, sports teachers and players were also present on the occasion. 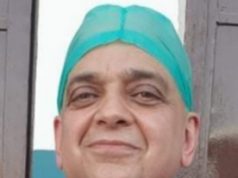