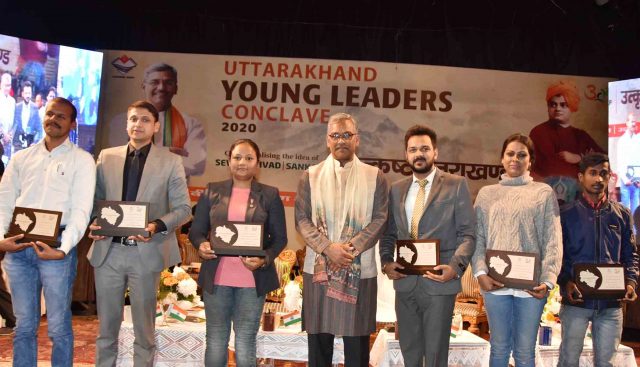 DEHRADUN, 12 Jan: On the second day of the Uttarakhand Young Leaders Conclave, today, Chief Minister Trivendra Singh Rawat said that honest efforts were needed to for success in life. It was no use becoming tense, one’s only control was on honest effort. The rest had to be left to the Almighty. The Conclave was held on the 157th Birth Anniversary of Swami Vivekanand at the ONGC Auditorium, here. During his interaction with the youth participants, the CM also engaged via video- conferencing with students in other districts. He said migration was a major issue in the state as it was situated on the border and listed the initiatives taken by the government in this regard. He placed emphasis on quality education for which major institutions were being established in the state. This would not only increase youth’s employability, but also leadto self-employment. Stating that it should be ‘Bharat that is India’, the CM asked the youth to be well acquainted with their culture and to take pride in their ancestors. Asked what he would have done had he not been in politics, he declared he would have been self- employed. He promised that similar programmes would be held to interact with the youth every couple of months. Otherwise, too, the youth could forward their ideas and suggestions to him. He also mentioned initiatives taken to raise the state’s per capita income, particularly in the hills, particularly by establishing growth centre in the various districts. He added that film- making was being particularly focused and the state had even received the ‘Most Film Friendly State Award’. Funds were also being put into creating new tourism destinations. Minister of State for Higher Education Dr Dhan Singh Rawat promised that action would be taken on the ideas thrown up at the conclave. Earlier, as ‘Young Achievers’, Arunima Sinha, IAS officer Mangesh Ghildiyal, organic producer Vikramaditya, film producer Ria Naidu, music composer Shubham Gupta and Suraj shared their experiences with the participants. Recommendations arrived at during the conclave were also handed over to the CM. Among those present were Swami Asim Atmanand, Dipti Rawat, Iqbal Ahmed, and Vice Chancellors of various universities. The programme was conducted by Aditi Tyagi. 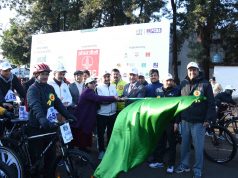 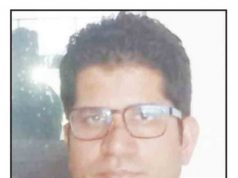 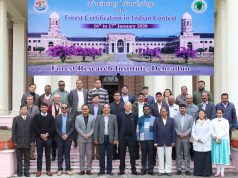