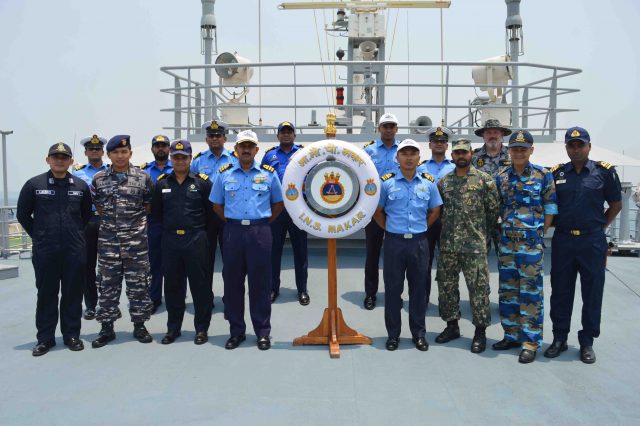 Driving down from Mussoorie to Dehra, on the Rajpur Road, you might miss the sign. But if you do chance to spot it, and turn right at the right place and time, you will find yourself on a fairly narrow road skirting the vast domains of the iconic Survey of India. At the end of that road you’ll be stopped by a guarded gate. This is when unreality might strike.

What on earth are men in Naval uniform doing in sub-Himlayan, land-locked little Uttarakhand’s, Dehra Dun? Is this India’s version of America’s mysterious Area-51? Did the Indian Navy salvage a UFO in the Andaman Sea? Are our sailors, even today, extracting extra-terrestrial secrets from metallic-skinned aliens with large eyes? Perhaps they are; then again, perhaps they’re not. Fantasies apart, the reality is almost as wonderful. Here, in this well-manicured, unassuming little enclave of cottages, offices and ordered serenity, is an organisation whose reach is far, far, in excess of its size. In terms of surface area alone, the domain of this seemingly tiny outpost of the Indian Navy extends to a mind-boggling 3 million square kilometres. Hydrography, however, is not limited to the surface of the trackless ocean. It is, in fact, also the science of finding out what lies underwater. Its seven hi-tech ships, like the fictional Star Ship Enterprise, are tasked “to boldly go where no man has gone before!”. Within their enormous domain our hydrographers are really aquanauts, “discoverers of the deep”. They have to find out what the seabed is made of and the state of the wrecks lying on it. An underwater Side Scanning Sonar gives them a fish-eye view using sound-echoes converted into visual signals. In other words, it can be called a highly accurate, information-gathering, submarine, Sound-and-Light show! Our aquanauts also have to discover the physical properties of the column of water from the ocean-bed to the surface: yes, it varies in temperature, salinity and density some layers acting like a protective roof, invisibly concealing what lies beneath! These sailors identify tides and currents which are, in the oceans, what the prevailing winds and seasonal storms are on the surface of the earth. The permanent current of warm water called the Gulf Stream gives the Mediterranean lands their pleasant climate. Shifts in the fickle El Nino Ocean current affect our life-giving Monsoon rains. Then, leaving their natural element, water, hydrographers also have to trudge across our rugged tidal-washed shores, including those of our myriad islands. They call this ‘coastlining’: a deceptively simple word for a very dangerous task. Beyond the beautiful basking beaches of our land lie hazardous cliffs and rocky shores, reptile infested mangroves, and islands so densely wooded that just five steps inshore from the beach and the sun becomes a distant glow skulking behind rustling shadows.

We know. We asked to be marooned on an Andaman Island and we will never forget the experience! We even found a long, newly-shed snakeskin but didn’t see its hidden owner! Hydrographers accept such menacing hazards as a normal part of their lives!

So what makes Indians volunteer for the rugged sea-faring life of a hydrographer? We believe that it is the inherent urge to blaze new trails. We call it the Diasporic Drive. It is what has made us the world’s largest and most successful expat nation. In the Opal Museum in Australia we discovered Aboriginal sacred objects. The officials were surprised when we pointed out that they were opal lingams and yonis. In Maharashtra’s Dangs we learnt that Austric tribal people still fashioned wind instruments which resembled the Australian didgerdoos, termite-sculpted in exactly the same manner. Did Indian seafarers cross to Australia when the Ice Age had lowered ocean levels by 100 metres, exposing more land, making it easier to island-hop with their pet wild dogs, the dholes? And did these dholes then become the Australian dingoes?

In Bengal we learnt the legend of a fearsome, bearded, ruler called The Lion: Simha. He had to exile his rebel, but greatly loved, son to a southern island. There the prince, and his followers, started the warrior Sinhala race.

Above the tidal salt flats of Lothal, with its amazing ancient dry dock, we spotted an Indus Valley idol of the Goddess of Navigators, now transmogrified to a more relevant deity. In Mahabalipuram there is a lovingly conserved lighthouse. At the other end of the ancient Tamil seafaring route, in Malaysia, we visited the ruins of a Tamil traders’ settlement.

How did these ancient sailors navigate the trackless oceans even when clouds obscured the stars? 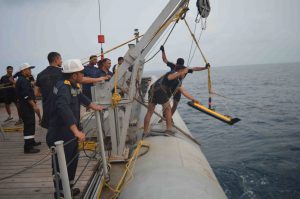 We shall leave those questions for another, more speculative, time. We certainly know how many modern seafarers get to their destinations today. They rely on the great mass of accurate charts, and other essential oceanic guides produced by our hydrographers in their beautifully verdant enclave on Dehra’s Rajpur Road. Sadly, it is the victim of the Indian Navy’s obsession with being “The Silent Service”, otherwise it would have flaunted its 114-year old heritage. Our Navy’s Hydrographic Department goes back to the East India Company’s Marine Survey of India. It came to Dehra in June 1954 because it needed to use the Survey of India’s printing services. It has outgrown that dependence after acquiring its own state-of-the-art hi-tech facilities. In 1997, the nation recognised its national role and its international stature and renamed it The National Hydrographic Office.

The hardworking specialists of the NHO have produced 305 paper charts and 332 Electronic Navigational Charts. Seafarers call their maps of the sea “Charts”. Unlike road maps, charts also show underwater hazards because much of a ship lies below the surface of the sea. That great movie, Titanic, gave the impression that that luxury liner sank because it collided with the monstrous visible surface of a chunk of a floating glacier: an iceberg. Not true. Its first impact was below its waterline, colliding with the greater mass of the glacier which was submerged like a sea monster. In the great submarine depths of the sea lie ridges and cliffs, volcanoes and jagged peaks that rise higher than Everest. When these permanent hazards reach the level of a ship’s hull, they pose a grave and immediate danger and have to be highlighted on a chart.

Naturally, temporary dangers such as a slowly melting iceberg cannot be drawn on charts: they portray more permanent hazards like rising submarine ridges and cliffs. Sporadic hazards, like deteriorating wrecks, would feature in other publications like Notices to Mariners. In addition to its charts, the NHO also produces fourteen other publications for those who want to use the great sea-lanes of the Indian Ocean. Reaching out to friendly maritime nations, the NHO has trained hydrographers from thirty five other countries. Its National Institute of Hydrography in Goa, affiliated to both Goa University and Cochin University of Science and Technology, is the alma mater of India’s Hydrographers, and also of seven hundred foreign hydrographers. From the cool, green climes of Dehra Dun, our skilled hydrographers have also reached out to help our friends in need in Mauritius, Seychelles, Tanzania, Maldives, Myanmar, Sri Lanka, Indonesia, Oman and Kenya. The role of a Naval ship, globally, is to Float, to Move and to Fight. Survey ships have on additional task: to Discover. Every survey ship is at the cutting edge of India’s voyage into tomorrow. We believe that our ancient Indic seers foresaw an inevitable leap forward in our nation’s future: India’s colonisation of the deep, blue, ocean which covers most of the globe. Our savants built this concept into our deepest symbols. We created the parable, the hidden-truth, of the third incarnation lifting the earth out of the sea as our Himalayas rose out of the blood-warm Tethys. We gave Lord Siva, Creator-Destroyer, a trishul, a trident, a marine weapon to depict his over-arching domain. We say our greatest treasures came out of a Churning of the Oceans. We greet the sun rising out of the sea; we consign our final remains to the oceans.

Are we truly a land-lubber nation, petrified of crossing the forbidden Kala Pani? That seems very, very, unlikely. To emphasise this point we’ll fly across our sub-continental nation, from the great Himalayan valley of Dehra to the swaying palms and surf-washed beaches of Goa. There, gazing out over the Arabian Sea, stands The National Institute of Hydrography. It takes raw and enthusiastic young men from all over India, including our Himalayas, and converts them into skilled Designers of the Highways of the Oceans. Its crest, appropriately, carries the Indian Ocean and rim countries. Its motto is even more significant: Gyanen Parishodhayate. The Navy translates that as ‘Knowledge Begets Precision.’ It’s a great slogan for specialists dedicated to the continuing safety of people exposed to the perils of the sea. In fact, everyone who has the privilege of spending another person’s money should adhere to this ideal. But then that is something which will fall within the purview of We, the Government. This is quite another story. 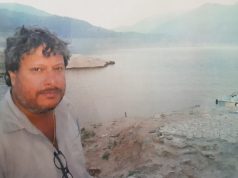 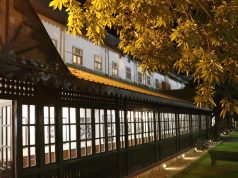 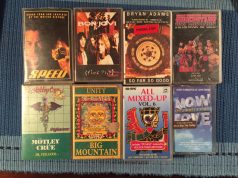 The sound of music, in my bicultural head