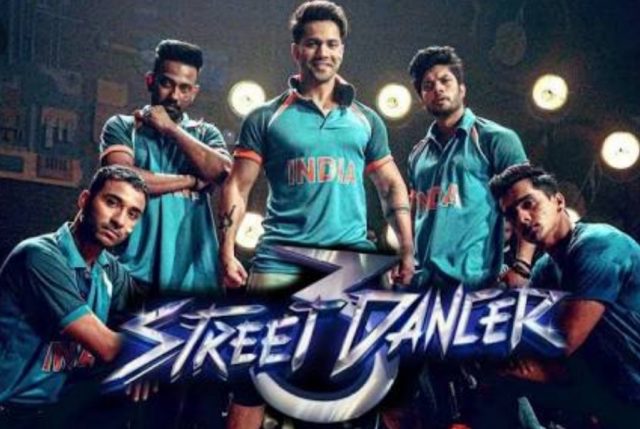 In palpably tumultuous times of bushfires, global stand-offs, student strife, and political contrivance, when impressive but heart-rending films like Chhapaak and Mardaani 2 seem to be the trend – Street Dancer 3D promised to be a sprightly burst of creativity in its most time-honoured form of expression: dance. In many ways the film lived up to this expectation. Writer-director-choreographer Remo D’Souza puts in painstaking effort to present elaborate dance sequences, wondrous costumes, and spectacular sets – popping, locking, waving, breaking, krumping and tutting his way through a movie which otherwise falls flat on its face in terms of the script and plot.  The theme is India vs. Pakistan until the cause of assisting illegal immigrants in London unites the dancers from the two nationalities to win a highly competitive dancing competition ‘Ground Zero’. Inaayat (Shraddha Kapoor) from Pakistan-dominated dancing troupe ‘Rule Breakers’ and Sahaj (Varun Dhawan) from India’s ‘Street Dancers’ are often found sparring each other over dancing face-offs and cricket matches. The battleground is a café run by Anna (Prabhudeva) when they are not bopping and gyrating on the streets. Inaayat is the first to get initiated into altruism while Sahaj continues to fight personal demons, realising just in time that they must stand up together for the suffering souls from their sub-continent. Lines like ‘dance to express, not to impress’ or ‘Chahe tere lab pe Waheguru da naam aave ya na aave.. lekin woh pal bhi ibadat da haunda hai jab tu kisi aur ke kaam aave’ are catchy – majorly because they are the only worthwhile dialogues in the film. The theme is benign, and the message of love, humanitarianism, and selflessness is noticeable – but these seem to be forcible inclusions to the narration, almost as if added to turn a dancing-heavy epic into a ‘feature film’ that ticks off all elements.  A huge shout-out for Prabhudeva, who manages to evoke the loudest hooting in the hall particularly for his invisible man sequence in the remix of ‘Muqabla’. Nora Fatehi is simply remarkable – her moves are jaw-dropping, even if indelicate in some frames. The ‘King of Slow Motion’ – Doon’s own Raghav Juyal – features more prominently in this film compared to ABCD 2. In many ways, he’s the trigger for setting into motion a chain of events leading to Sahaj’s change of heart. Raghav’s dancing is zippy and fleet-footed. Aparshakti Khurana is a waste of talent in this film, although he stays true to his role.  Varun and Shraddha dance at par with the team of professionals they share the screen with – a testimony to the immense hard work they put in chiselling their bodies and working on their grooves. Admittedly, some routines seem way too nippy for Varun/Shraddha to keep pace with but they disappoint nowhere – in fact fit in smoothly. There’s also Dharmesh Yelande, Sushant Pujari, Salman Yusuff Khan, Punit Pathak, and an entire team of dancers bursting with brilliance and nimbleness beyond my comprehension – truly gifted people! Street Dancer 3D starts off bland, with even the introductory dance sequences seeming unexciting. At one moment, I felt my feet tapping more vigorously to the beats of the music than my heart thumping to the dances. Eventually, the film picks up – especially in routines such as the victory dance on India’s cricket win, and the performances on ‘Garmi’, ‘Muqabla’, ‘Mile sur mera tumhara’, etc. The semis and finals of the dancing competition are spell-binding. The lights, VFX served in 3D, sound design, breath-taking flips, leaps and tosses, immaculate and acrobatic choreography – all add up to an eye-catching and arresting extravaganza. Music by Badshaah, Tanishk Bagchi, Sachin-Jigar, and Guru Randhawa keeps the verve alive. The film, over and beyond dancing, seeks to capture the magnanimous work done by the charitable organisation Nishkam SWAT (Sikh Welfare and Awareness Team) in UK towards uniting and transforming financially disadvantaged communities. A noble message indeed, although quite stiffly compelled into the main plot – which could just have been about the dancing. In the concluding dances, just as the audience is ripe with gusto, they’re moved to further mania when the brief background track of their favourite number ‘Bezubaan kab se’ plays. This makes us walk down the memory lane and recall two other films before Street Dancer 3D – all movies in this franchise epitomising the uncontrollable expertise of countless dancers that Remo has brought to the fore. That, for me, is the far nobler and truer essence of the ABCD series than any message of benevolence can be.  Street Dancer 3D is a must-watch for all dance enthusiasts, particularly those who’re in for some unending sequences spanning numerous styles of street-dance. The film could have been better had it just stuck to its core – dancing – and been shorter, crisper and more impactful with less haphazard writing. Despite its seemingly misplaced inclusion, I nonetheless appreciate the message of people from across the Indian subcontinent uniting pan-religions for a cause beyond their personal selves. On the whole, there’s no discounting of the phenomenal levels of toil and labour it would have taken to come up with such an outstanding visual spectacle!