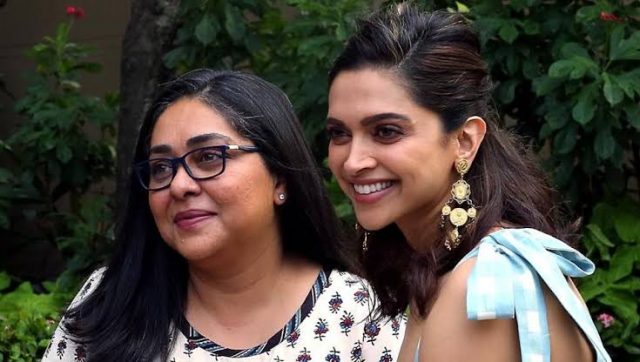 Chhapaak in Hindi is the sound of a splash when something hits a liquid. Meghna Gulzar’s Chhapaak hits emotions with a mighty splash. The gruesome act of throwing acid on innocent faces creates an eerie noise ruining the life of the victim in one stroke. The statistics are shocking. Chhapaak is an emotionally challenging story of an acid attack survivor,that handles the sensitive topic with utmost optimism. It keeps hope and positivity at the forefront in most frames while keeping dejection and gloom at the backseat. It also makes one ponder over the sick mentality of those men who feel empowered by scarring a woman in order to prove the supremacy of their masculinity over them. Acid attack remains one of the most heinous crimes. Apart from leaving an unerasable scar it enfeebles the person, inflicting deep emotional wounds that take years to heal. Even if one wants to forget the ugly incident, the uneasy gaze by on lookers reopens the wounds. The ignorant glares are not only embarrassing; they erode the belief in oneself. Chhapaak is based on the life of Laxmi Agarwal who tries to rebuild her life after an acid attack.

A young, vibrant 19 years old Malti is attacked with acid by a stalker Babbu and his aid. She is left weeping and screaming in pain on a crowded road in broad daylight with no one to help her. A sensible stranger comes to her aid and pours water on her head. The acid disfigures her face and leaves several scars. Multiple skin replant surgeries follow to reconstruct her nose/eyes, along with tiring police investigations and court proceedings. Malti is lucky to receive support of her father’s employer. The lady helps in the treatment financially and provides professional help from her lawyer friend Archana (Madhurjeet Sarghi). Archana represents Malti in filing a PIL and later after years it results in bringing amendments in the acid violence legislation, restricting and regulating the sale of acid. It is not easy for the eyes to see Malti with a crippled face and shattered ego. Deepika brings alive Malti through her performance and the prosthetics blatantly display the helplessness of the moment. Unconcerned of her celebrity status and wearing the looks that the character demanded, Deepika plays her part with minimalistic vanity. It is only towards the end that we see her natural self when the movie revisits the events. If law turns out to be the effective tool for Malti to fight her battle, the other strength during this arduous journey comes from Amol (Vikrant Massey) who runs an NGO and helps in rehabilitating acid attack victims. Working with Amol gives her strength to fight back. Vikrant plays a pivotal role. He was made to gain weight for the movie and he looks good with his acting top-notch as always. Chhapaak has its moments –Malti’s life going for a bad swirl in seconds. With disfigured face and crucial sense organs damaged beyond repair, it is pitiful to see an enthusiastic life with dreams brutally crushed. A scene where Malti sees her face in the mirror after the attack, her scream pierces through the heart; the casual remarks by the investigating police officer after going through her message box saying that it’s mostly filled with boys’ numbers; the usual attitude during registering the complaint; and the witnesses turning hostile during court proceedings – all this is disheartening. The only support in Malti’s life was the perpetual brace provided by Archana and her legal brigade that pulled her through trying times, restoring her confidence. Otherwise, her endless tries for the job brought only disappointment – the foremost requirement being decent looks for office or for a job she seeks ina beauty parlour. Chhapaak is inconsistently gripping. It was expected to penetrate deep into the scarred emotions of Malti. Deepika conducts herself with utmost grace and bears a no-pity attitude but we wanted to see her anxious side too. The furious emotions through rage, revenge, frustration, pain, anger, suffering, exhausting course of police and court proceedings remain unexplored or mostly presented in diluted form. The screenplay is weak failing to handle the severe issue like this one adequately. Chhapaak’s intention is to reign in positivity, presenting the life of a survivor that has hope, happiness, triumph, victory, and moments of happiness. The dialogues are crispy. The brewing love story of Amol and Malti is delightful. The attitudinal change in Malti after few favourable judgements and a job with a handsome pay restore the faith that shattered life can be rebuild. The title track in Arijit Singh’s voice, ‘Chhapaak se pehchaan le gaya’ says it all but the lack of harmony between events and message-giving motto hampers the formation of serious emotions. Characters fail to rise beyond a certain limit, although there was so much scope to underline the charged feelings. Flawed editing and half-baked characters mar the effect. Chhapaak conveys a strong message. The consummate cruelty a heinous crime like acid attack owns couldn’t have a better impact on the audience without the role being played by an actor of Deepika’s stature. 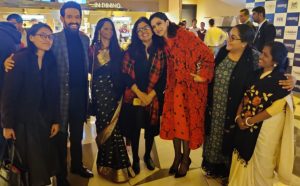 Advocate Aparna Bhat, Laxmi’s lawyer plays a crucial role in Laxmi’s legal battle. She represented her in courts for several years to ensure justice and helped in the movie- making – rightfully deserving due credit for all her tireless efforts.