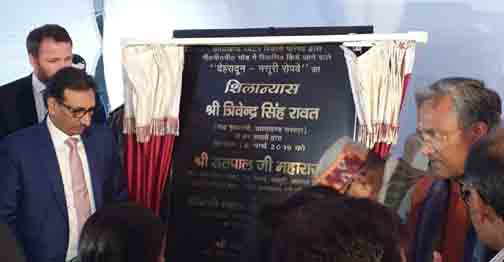 By Arun Pratap Singh
DEHRADUN, 7 Mar: Heavy traffic movement between Dehradun and Mussoorie often leads to huge and long traffic jams particularly on weekends. However, the good news is that this is likely to become history soon. Tourists travelling to Mussoorie from Dehradun will soon be able to reach the hill station in just about 12 minutes without their own vehicles. Yesterday, Chief Minister Trivendra Singh Rawat laid the foundation stone for largest ropeway project in the country between Dehradun and Mussoorie. This ropeway will link Mussoorie to Dehradun via this arial route from Purkul village in Dehradun to Mussoorie Bus Stand near Library Chowk in Mussoorie. This project, one of its kind in the country is expected to significantly enhance the tourism sector of Uttarakhand and add much convenience to visitors to the beautiful cities of Dehradun and Mussoorie.
The project, which has been awarded to French Company Poma SAS and FIL Industries Ltd shall cost about Rs 300 crores. This shall be a Public Private partnership project where the public partner is the Uttarkhand Government.Around 1000-1200 people will be transported at one time using the ropeway. Speaking at the foundation stone ceremony, Chief Minister Rawat promised also to put a proper transportation system in place to bring tourists from ISBT, railway station and airport to the ropeway.
This landmark project will be the longest passenger aerial ropeway development in India and will be amongst the top 5 globally in terms of length for mono-cable ropeway system. Dehradun Mussoorie Ropeway Project involves development of approximately 5.5 kms of aerial passenger ropeway system, which will significantly reduce the travelling time between two scenic and famous hill stations of north India. The project will also include developing 2 terminals each at Dehradun and Mussoorie, parking spaces along with other facilities like ticket counters, waiting lounges, food & retail, public amenities, etc. The estimated cost of the project is Rs 300 crores.
FIL Group is a market leader in the development integrated mountain tourism infrastructure in the country and has a strong strategic collaboration with POMA.POMA is an 80 year-old world leader in ropeway transportation, with subsidiaries on five continents. The company has almost 1100 employees, two thirds of which are employed in France. To date, POMA has built over 8,000 installations in over 80 countries
Syed Tariq, MD of FIL Industries was also present on the occasion of laying foundation along with Benjamin Fauchier who was representing POMA.  Interestingly, Rahul Jain, a Doonite is also deeply involved in the project as a technical consultant to FIL Industries and he has been doing ropeways for past twenty years and has been involved in installation of more than ten ropeways and three ski resorts in India. 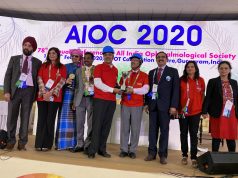 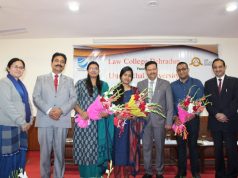 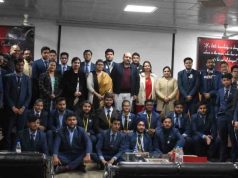