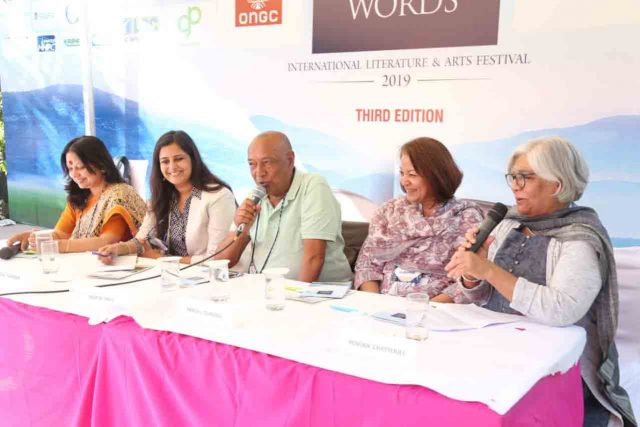 Dehradun, 17 Nov: The third day of the Valley of Words in the last afternoon session saw veteran Editor Renuka Chatterjee moderating authors Madhu Gurung, Pooja Marwah, Indrani Talukdar and Ganesh Saili as ‘Voices from the Valley’.
‘Having Ganesh with four of us up here is like having a cat among the pigeons!’ she chided. ‘Ganesh is a prominent voice of Uttarakhand and needs no introduction. He is someone who has had the good fortune of living with his roots intact.’
‘We have an air quality of six and winter sunshine! That’s what the tourism department should be promoting for winter tourism in the hills,’ said Ganesh, adding: ‘It will work for sure but one doesn’t want the hills to become like Gurgaon or Delhi.’
Ahmedabad-based author Indrani Talukdar recalled her experience of having lived in Dehradun before she moved out. She spoke of her experience as a features editor in a national newspaper and how it helped her writing.
Author Madhu Gurung spoke of the loneliness of a refugee expelled from home by global politics. Only recently have Tibetan refugee children, who were born in India have been provided a passport that gives them an identity and the freedom to travel. ‘Only in 1904,’ she recalled, ‘Tibet faced the fact that it had a hungry neighbour who threatened the very culture that made the Tibetans who they are.’ In her writing, she speaks of the angst and isolation of those who have lost their home and been flung to the machinations of fate and destiny.
Finally, Renuka Chatterjee (who has been an Editor with almost all the major publishers in India) turned to the youngest Dehradun-based author in the panel, Pooja Marwah Poddar, who’s written her first book, ‘Pursuit of Happiness’.
‘Is it true that you punched your book on your laptop in the parking lots while waiting around the schools in this beautiful city?’
‘Yes! It’s true. While waiting for my two daughters, Janhvi and Amaya, to finish their entrance tests, I would find myself sitting around in the car and that is exactly where I began to write my book!’
‘And what is this pursuit all about?’
‘I’m a diehard romantic. I still believe in the power of love,’ declared Pooja Marwah. ‘It’s the glue that holds us all together. Its what keeps the human race together. Oh yes! I’m positive about that. And, look, at the end of the day I’ve got my first book in print and as the poet reminds us: You may shatter the vase if you will/ But scent of the roses will linger still.’
The session ended with a vote of thanks to Sanjeev Chopra, the honorary curator who brought together a host of authors at the Valley of Words. 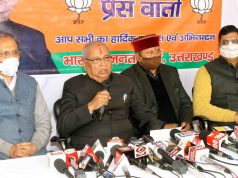 BJP has delivered on 85% election promises in U’khand: Bansidhar Bhagat 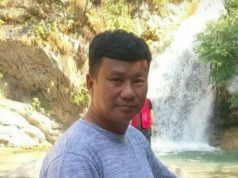