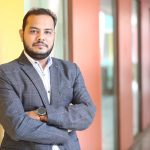 COVID-19 or Novel Coronavirus has traumatised the entire globe. Incarnated in China, it has spread around the globe and was declared a pandemic by WHO during mid-March 2020. No doubt, most of the developed countries are suffering from irrepressible spread of Coronavirus due to their failure to foresee its malevolent effects. The number of total Coronavirus infected patients has risen to over 9,35,000 all over the world with superpower USA having the most infected patients and Italy the most fatalities.

India has, so far, been luckier under the leadership of Prime Minister Narendra Modi as the number of Corona infected patients hasn’t spiked and is limited to a little over 2000 till date. Like most other countries, India also is under complete lockdown for 21 days ending on 14 April 2020 to contain the spread of Covid-19. Everybody is talking about the ill-impacts of this fatal virus and all possible precautions are being taken medically but have we thought about the economic fallout Coronavirus is going to have on the economies around the globe? As the experts have already started saying, the spread of Covid-19 will slow down economic activity. Unemployment could rise, company’s profits could fall and share markets are already in distress. For the first time since the financial crisis of 2008-09, the Stock Markets have fallen drastically.

What actually are the reasons for Economic Recession and Depression? The difference between Recession and Depression is of the time gap. When Economic Activities decline for two consecutive quarters, it is called Recession. Depression denotes an economic downturn that lasts for more than that, even years. In the history of recessions, there have been many such since 1854, out of which “The Great Depression” lasted for 9 years from 1929 to 1938.

As per Mark Zandi, the Chief Economist at Moody’s Analytics (No. 1 Financial & Economic Service Company in USA) it is an “Economic Tsunami”. According to him, Social Distancing is nothing but “Economic Distancing”. People all over the world are being restrained from going to markets, workplaces, restaurants and everywhere else. There is no labour supply in and as a result there is no production as compared to earlier. While, on the one hand, Social Distancing is vital to halting the pandemic, on the other, it is leading to an unforeseen Economic Recession, more severe than the Global Recession of 2008-09. In 2008-09, there were no visible reasons for recession other than the failure of major Financial Institutions and collapse of credit markets along with creation of Output Gap. Output Gap is the difference between what a country is producing and what it can produce. The solution to curb such a situation was as modest as market investments by governments, which they realised and did. Due to the factors behind the Recession of 2008, the entrepreneurs were either not getting the funds to invest in the market or they had fear of losing their already invested funds. This situation emerged from the USA and covered the whole globe. The economies could recover because of government efforts. If population refrains from investing, it is the duty of government to invest and pull its economy out of recession. Public at large usually understands the economic slowdown as lack of employment opportunities or loss of active employment, while it is only a subset of economic recession.

However, due to the wide spread of Coronavirus, the situation currently is different to that of 2008 and the Global Economy is in a muddle. It is a sort of “economic inactivity” and the whole economy has to halt all of the sudden. A few days ago, people were working, buying vehicles, booking flights, transport was active, industries were working but now everybody is taking shelter at home and economic activities have stopped. This will certainly lead to Chronic Unemployment. In a developing country like India, most people depend on their daily earnings to run their households. Lack of employment might result in a crunch of funds in their hands and this might lead to further economic imbalance. And, these conditions are not likely to improve in the near future. However, if the virus spread can be stopped, the recession can be a “V” shaped one, which means sharp decline followed by speedy recovery. But, if the spread doesn’t stop, many small businesses will collapse and big businesses will also not be secure. The recession in that case can be “L” shaped – sharp downfall followed by stagnation. Christina Romer, who was part of the US President’s team to fight the 2008-09 recession, has stated that unemployment occurring out of Coronavirus should be termed “Quarantine Unemployment” rather than Cyclical Unemployment.

Very recently, Thomas Schaefer, the Finance Minister of a German state, committed suicide after becoming deeply worried about how to cope up with the economic slowdown that Coronavirus has brought. Now, can we sense the panic and worry amongst the economists around the globe? The Indian economy is not untouched. The Sensex lost more than 5% of its value during early March 2020 which is the lowest after the Recession of 2008-09. Economist Neil Shearing pointed out, “There’s a good chance that the ‘worst case scenario’ quickly becomes the most likely scenario.”

Coronavirus has so far caused a “Domino-effect” on global supply chain of producers. As a result, the Economic Activities are held up across the Globe. This situation actually leads to Recession. Domino-effect refers to linked sequence of events where the time gap between successive events is relatively smaller. Let us understand how Coronavirus can adversely impact the Economy of a Country. The Economy depends majorly on four basic pillars, namely Production, Consumption, Exchange and Distribution. These are also called Basic Economic Activities, taken together. All these activities are inter-related with each other. Simply put, producers produce because consumers raise the demand to consume their products. After producing the goods, producers distribute them via various transport channels amongst the consumers, who in return pay the price (exchange of value) to producers. With the money received from consumers, the producers further produce, which is made available to consumers for further consumption. This whole process goes on and on and on and this is how finance flows from one hand to another.

How is the current lockdown going to impact the economies around the globe? Since there is no availability of labour in the market, the producers are bound to stop the production. Though there is flow of exchange from consumers to producers as consumers are buying the already produced goods from the wholesale and retail markets, but when supplies will need to be replenished in most of the cases, further production is not likely to happen. Most of the distribution channels have already stopped moving their transport carriers and produce (except essential supplies) is already lying in stocks of producers and in warehouses. Since there is no further production, no further consumption will happen, and exchange of finance will automatically stop. Even if producers want to produce and consumers make a demand for it, there will be no supply as labour is not available in the market. Also, in the current conditions, when most of the people cannot go to work, they are bound to spend their savings on essential consumption needs. Companies and organisations will be able to pay to them for long only if their businesses run. Businesses have already been impacted adversely due to the pandemic; hence it is obvious to assume that the flow of compensation from employers to employees will also be affected. This will lead to the loss of active employment in some cases and scarcity of fresh employment in most cases. The flow of money within the economies will stop and, as a result, Economic Activity will come to a halt and recession will appear within the Economy.

One of my office colleagues from a non-finance background asked me that, if recession hits the National Economy followed by Unemployment and Poverty, why can’t Government or RBI print the currency and distribute amongst those in need? This is how the economy could run smoothly and everybody would be able to feed their families without running out of money. The answer I gave was that this would only further increase the Economic Imbalance. If people have money to spend but producers don’t have products to supply then this situation will lead to more treacherous circumstances of Inflation, as under the conditions of demand exceeding supplies, the prices of the products tend to increase. Again, in that situation, the ones who can afford will be deprived from buying the things as even with money at their disposal, due to higher prices, these remain unaffordable to them.

Under the conditions of Recession and further Depression, Government takes the charge of flow of money in its hands and spends on various infrastructure and other projects, gives relaxations to new prospective producers by offering them tax rebates, lends the capital to producers at relaxed rate of interests, buys the securities of companies, induces mergers and take-overs, etc. Hence, with these efforts of the government, the money again starts flowing in the market and sooner or later the Economy resurrects. But, in the current conditions of Coronavirus threat, the governments are also bound to provide several economic relief packages for the welfare of society which will result in depletion of the Exchequer of the Governments, making them mere spectators of their drowning economies. Similar to the initiatives of the Indian Government, one of the strongest economies of the World, the United States of America has announced trillions of dollars as a relief package to its citizens and financial experts have already warned that USA could slip into a prolonged Depression rather than mere Recession. “If the current Economic disruption continues for the remaining half of the year, the Annual Economic Growth of USA will be poorer than the Recession of 1930s,” says a Morgan Stanley economist.

In the current Coronavirus threat, the challenge for the Economic Policy makers would be to shield Employment, Corporates, Small and Medium scale Businesses, Financial Services and Financial Markets. The biggest challenge will be to protect the interests of the most vulnerable sections of society as well. However, seeing the methodology adopted by the Indian Government under the leadership of PM Modi, it seems that India will be able to lessen the ill-impact of a probable recession due to Corona spread and will emerge as a world leader.

(Shashank Agarwal is currently associated with “The Kasiga School”, Dehradun, in the capacity of Finance Officer).

Tourism CAN save us, IF…

The Happiness of Hens