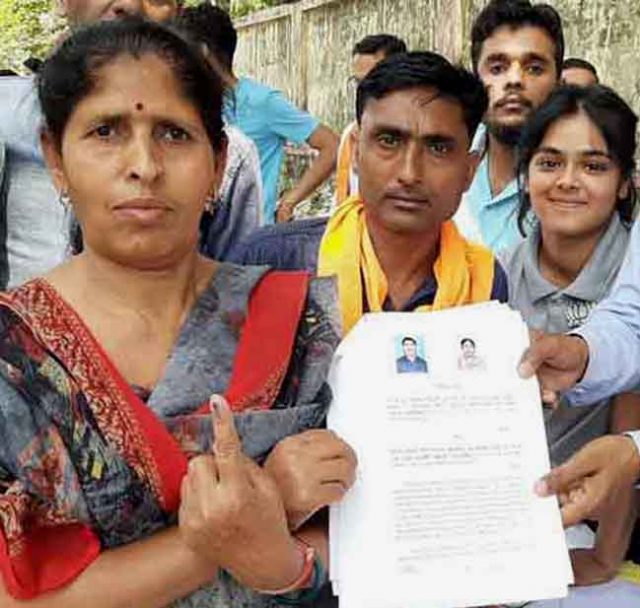 DEHRADUN, 11 Apr: A unique incident took place when a woman displayed exemplary commitment to casting her vote and succeeded after being turned away from the Yamuna Colony polling booth. Premwati Saini, of 116, Yamuna Colony, went to cast her vote with a photocopy of her aadhar card. She did not have a voter ID or original aadhar card. She was prevented from casting her vote. Local leaders informed the DM about the issue, who expressed his inability to do anything about the problem. Premwati, however, stood her ground. The DM was contacted again, who directed that she could vote if she brought the registry papers of her house. She did exactly that after which she was permitted to vote. During this period, she was advised by many to let the matter go, but she did not relent.