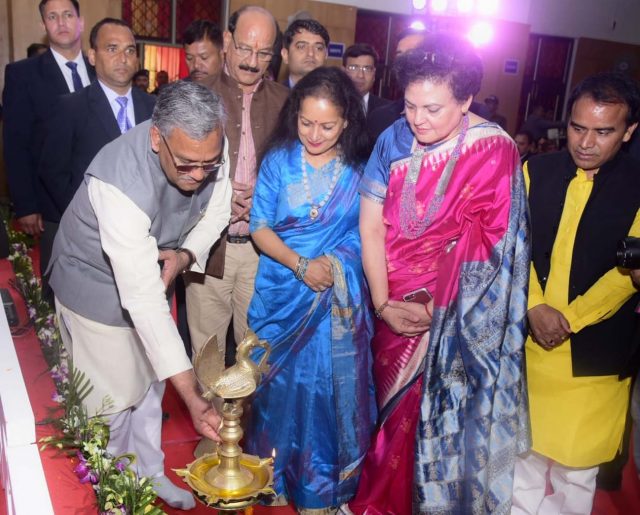 SRINAGAR (Pauri Garhwal), 6 Nov: Chief Minister Trivendra Singh Rawat said, today, that women ought to become financially independent and society ought to give freedom to girls to decide their future. He was speaking as the Chief Guest at the ‘Matri Shakti Sammelan’, a conference on Women Empowerment held at HN Bahuguna Garhwal Central University campus, here. The conference was jointly hosted by the state government and leading Hindi daily Amar Ujala. Rawat asserted that all ought to trust the abilities of the girls so that their confidence could be boosted. The girls needed to assert themselves and not hesitate to make decisions regarding their future and move towards achieving their goals. They ought to overcome their hesitation as well as inhibitions in order to make progress. He also described female foeticide as a major sin and claimed that there had been a significant improvement in the female sex ratio in Uttarakhand in the past two years. Rawat also claimed that the solar energy and power generated from pine needles, locally called pirul, had the potential to change the economy of the hills. The CM said that 62 growth centers had been approved in the state. They would prove to be important economic centers of rural development. Observing that farming in the hills was harmed by wild animals, he said that a solution had to be worked out to neutralise this and suggested that, in the hills, cultivation of ginger, garlic, turmeric could be taken up as an alternative to traditional crops. Solar power projects in the hills had been allocated by the state government as well as some projects had also been approved to generate power from the pine needles. Pine considered as a symbol of destruction would soon help in employment generation in the hills, he claimed. The Chief Minister further said that it was necessary to rise above political interests in order to reform the state. This year, as part of the State Formation Week, such programmes helped in policy making and improving the system. Chairperson of National Commission for Women, Rekha Sharma said that the condition of women in Uttarakhand was better than before. The women here were assertive and combative. They played the major role in the creation of Uttarakhand. The women here had also contributed significantly towards environment protection. In the hills, agriculture and animal husbandry depended on women. Bollywood actor HimaniShivpuri said that, in Uttarakhand, women worked hard and they ought to be credited for saving the hills. The contribution of all women, including Gaura Devi, Tincturi Mai, Vimala Bahuguna, could never be forgotten. Shivpuri said that Uttarakhand was becoming prosperous, but unfortunately the artists from Uttarakhand were not duly recognised at the national level. Observing that the Malyalam, Punjabi, Gujarati films had become very famous, she suggested that even more Garhwali and Kumaoni films ought to be made. She said that great films ought to be made in Uttarakhand so that they could be seen and appreciated at the global level. She appealed to the government to give more responsibility to the women and also narrated her poem about the migration problem in the hills. Additional Chief Secretary Radha Raturi spoke in Garhwali. She said that women had played an important role in the Uttarakhand movement. She added that the suggestions received in this conference, would be considered seriously by the government. The government had announced many schemes for women which would greatly benefit them. In the programme, the CM and other guests tasted the Jhangora Laddus made by the Women’s Group under the National Rural Livelihood Mission and National Nutrition Campaign, Women Empowerment and Child Development Department, Pauri, at the initiative of District Magistrate, Pauri, Dhiraj Singh Garbyal. Cabinet Minister Subodh Uniyal, Higher Education Minister of State Dhan Singh Rawat, Jagar singer Basanti Bisht were also present on the occasion. Three sessions of discussions were also hosted at the conference related to welfare of women from the hills. 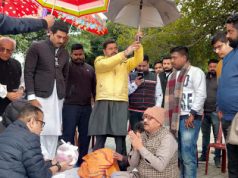 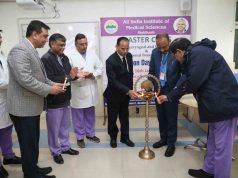 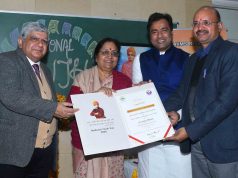