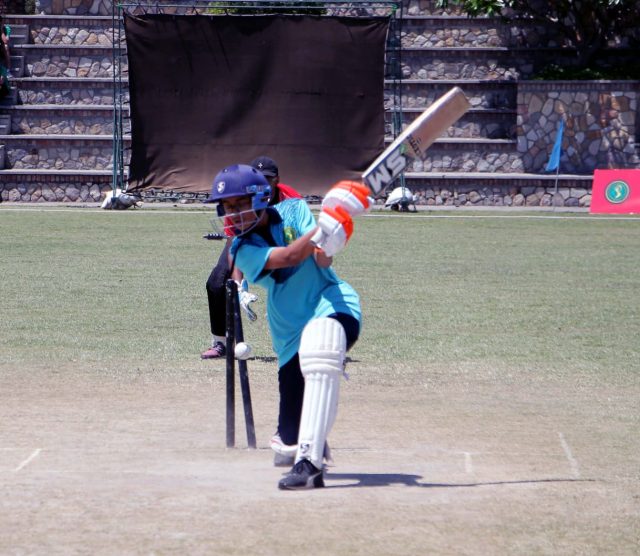 By OUR STAFF REPORTER
Dehradun, 19 Apr: Two matches were played, today, in the 4th PC Batta Memorial Inter School Cricket Tournament 2019 at the Oval Ground of Kasiga School.
The first match was played between Col Brown Cambridge School and Indian Public School. The toss was won by Indian Public School and it decided to bat first. The team scored 139 runs in 20 overs. Col Brown Cambridge School was only able to score 116 runs in 20 overs. Indian Public School, Rajawala, won the first match. The Man of the Match was Vivek Raj for his remarkable performance.
Today’s second league match was between Kasiga School–B and Woodstock School. The toss was won by Kasiga School-B, who decided to bat first. It scored 31 runs in 10.1 overs. Woodstock School overhauled the score in 5 overs. Woodstock School won the second match by 6 wickets. The Award for Man of the Match went to Shivansh.
The Umpires for today’s matches were Sharik, Mohit and Chandan. The scorer was Ashish Singh.