MUSSOORIE, 2 Dec: Work has begun by the Administration on relocating 80 families residing on Municipal land by building unauthorised houses at Shifan Court near the Library. On Monday, a joint inspection was undertaken by Mussoorie MLA Ganesh Joshi, ADM, Administration, Ramji Sharan Sharma, and Municipal Chairman Anuj Gupta at land near Kincraig Parking and Big Bend. The platform for the Mussoorie Purkul Dehradun Ropeway is to be built at Shifan Court, near Library Chowk, and all the occupants have to be evacuated. A notice was served to vacate the land within 7 days to the 80 families residing there. The members of the 80 families expressed their angst at the notice served on them and declared they would not vacate at any cost, till they were not properly rehabilitated. MLA Ganesh Joshi said that all the 80 families would be relocated to different places of Mussoorie. ADM Sharma said that rooms were being made available for each family and these would be allotted by a lottery system. Chairman Anuj Gupta said the 80 families are very poor and needed to be rehabilitated, which was why various sites were being inspected. Among those present on the occasion were Mussoorie SDM Varun Chaudhary, Mussoorie BJP Mandal President Mohan Petwal, Kushal Rana, Mukesh Dhanai, Roopchand Sharma and others. 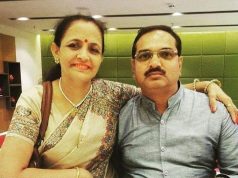 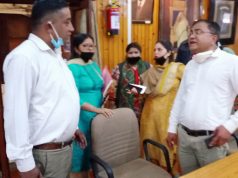 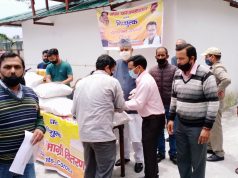