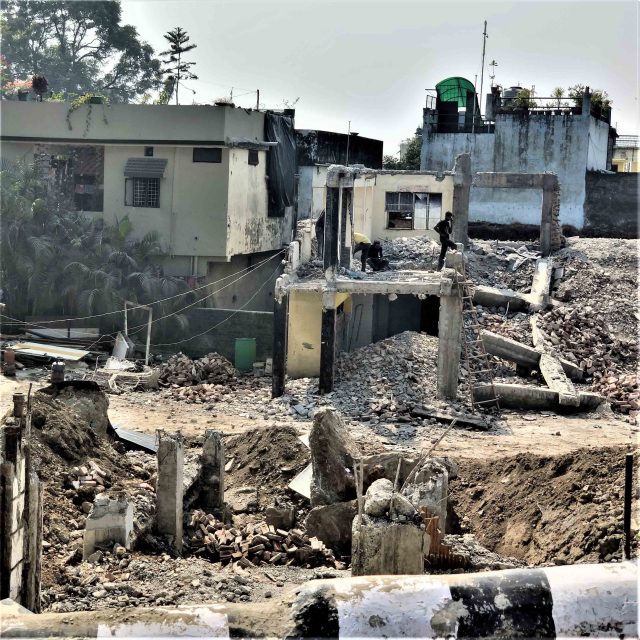 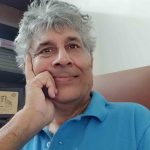 Over the years the forms of entertainment have changed. In the 60s there was no television in homes. We depended largely on radios – the bigger the radio – the more affluent you were supposed to be!! Transistors came later. In the 60s and 70s, entertainment was limited to hearing songs on “Radio Ceylon”. On Wednesday, we would all crowd around the Radio and hear the racy and melodious voice of Ameen Sayani. He was the invisible man with a magical voice. He would welcome us on “Binaca Geet Maala” by saying “Bhaiyon aur Behnoh, Ameen Sayani aapka phir se Binaca Geet Mala mein swagat kartaa hai”.

I don’t think anyone from my generation missed any episode of Binaca Geet Mala. Next day in school buses, during family lunches and dinners, the discussion would inevitably veer around to which song from which movie had hit the top of the chart. 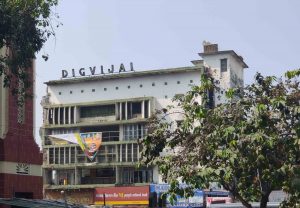 Cricket in the 60s and 70s was not a religion as it is now. It was a game played in Public Schools and was a big city sport. There was no television and there was no 50, T20 or T10 overs Cricket! Cricketers did not dress in pink, yellow, blue or green dresses. There were no skimpily dressed pom pom girls popping up every time a wicket fell or a four or a six was hit. There were no glamorous Cricket hosts but, instead, one heard and saw pictures of very “Headmaster” looking and sounding commentators – Dev Raj Puri, Vijay Merchant, Dicky Rutnagar, Vizzy, …

Cricket as a form of entertainment was confined to a “class”of people…
It was left to movie halls to sell mass entertainment. Dehradun had at least 10 big movie halls – Prabhat, Laxmi, Orient, Kanak, Odeon, Capri, Natraj, Filmistan, New Empire, Digvijay.

In fact, New Empire started off as a theatre. Prithviraj Kapoor, Sohrab Modi among others performed in it regularly. My friend Deepak Nagalia, whose family owned the iconic Prabhat Movie Hall, has a photograph of his father Trilok Chand Nagalia having dinner with Prithviraj Kapoor in Kwality Restaurant!!! Trilok Chand Nagalia was also the local guardian of Randhir and Rishi Kapoor when they studied here at Col Brown School and Deepak was the local guardian of Kareena Kapoor when she studied at Welham Girls!!

Sadly Prabhat (as well as Kwality ) have disappeared. And so have Laxmi, Capri, Odeon, Kanak, and Filmistan.

I remember seeing a lot of movies in all the halls … I remember all of us getting dressed up (movies were a family affair). We hated it when “Intermission”, flashed on the screen – it signaled that half the movie was over!! I remember my Dad leaving the hall (in Laxmi, in particular) during the intermission and, in hindsight, I suspect he dashed diagonally across to Hotel Meedo to have his glass of beer while we had elaichi chai in ceramic cups and saucers along with samosas, served by waiters shouting “Chaaaiii garam, chaaaiiii”!!!

I remember loud “seetees” (whistles) that never seemed to end while Rajesh Khanna sang “Jhootaa Haih Tere Wadaa, Wadaa Teraa Waada” (film “Dushman”)!! I remember seeing lots of English movies in Odeon (I think it was owned by the Saklanis), which included “To Sir With Love”, “My Fair Lady”, “Love Story” (I cried buckets!!). I also remember always having mutton samosas at the Odeon Café adjoining the hall (I think owned by Bhandariji)!!!

Movie halls and movies are a part of my living memory, they shaped the way I thought, dressed and talked. We all learnt a lot by seeing movies which always saw the triumph of good over bad. We learnt things which schools seldom taught – love, separation, betrayal, family values (remember the movie Dosti?). They taught us about death (Love Story). They taught us about mystery – Gumrah, Raaz! They taught us patriotism – Haqeeqat, Poorab aur Paschim! They took us to exotic locales (Around The World)!!! They taught us everything. The great actors were like great teachers. The movie halls were the brick and mortar buildings where they taught and made us wonder- without chalk, dusters, uniforms and canes!!

A few days ago, I passed a dilapidated Digvijai, and a heap of rubble which is what is left of Prabhat. The halls could not withstand the entry of NETFLIX, and digital technology which is now available on everyone’s cell phones. The last nail into their coffin was hammered by Covid.

You can bring down movie halls. But you can’t kill the memories associated with them no matter how much one tries. Even, today, when I sit and think why and how things change, I can see myself sitting in The Orient Movie Hall and seeing Rajesh Khanna asking the same questions, as he acted the classic song from Amar Prem – “Yeh Kya hua, Kaise hua, kab hua, Kyon Hua”?

Ironically, he the answers the question in the next lines of the song – “Jab Hua, tab hua, ohh chhoro, yena soochoh”!!!!

But memories don’t die –and they should not!! As Gabriel García Márquez wrote, ‘What matters in life is not what happens to you, but what you remember, and how you remember it.’

I remember the movie halls of Dehradun with great fondness!
I would be dead without their memories!! And I am alive and kicking!!