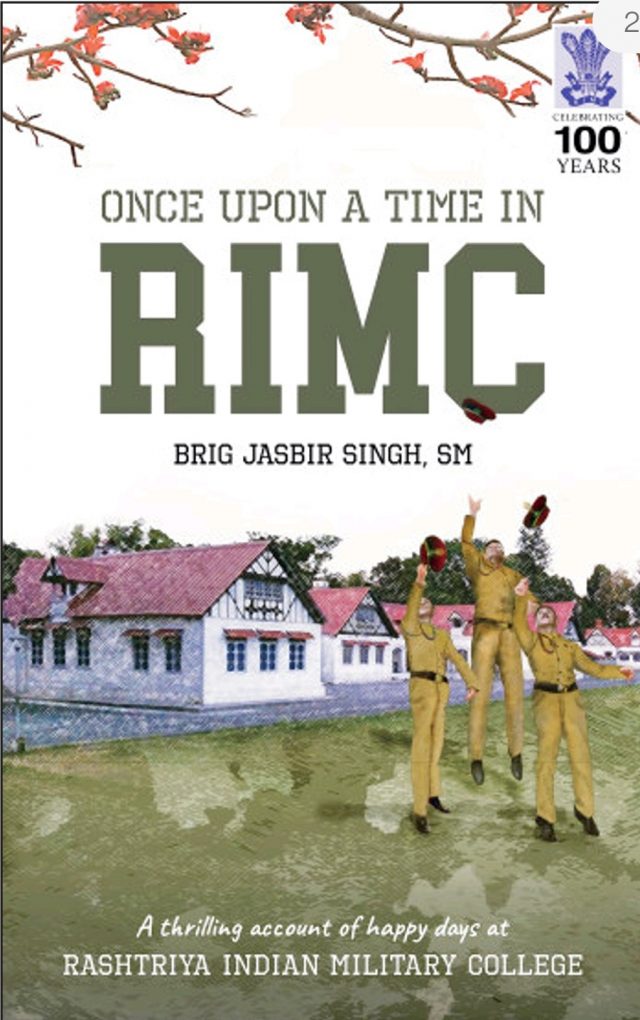 Dehradun, 1 Oct: Brigadier Jasbir Singh’s new works, titled ‘Once Upon a Time in RIMC’ and ‘The Fighting Fourth’ were launched amidst a select gathering in Doon at a local café on Thursday. 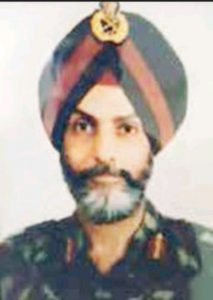 Through his writing, Brig Jasbir Singh takes us on a journey of perseverance, courage and hard work. On the occasion of the book launch, publisher Pankaj Singh from BluOne Ink said, “Brig Jasbir’s work is rare because of the sheer scale and nature of writing. While he takes on a humorous, quick-witted tone in Once Upon a Time in RIMC as he narrates the experiences of the boys of RIMC, he weaves a very informative and fact-driven narrative of the history of 4 Kumaon in The Fighting Fourth. We are so proud to have published both of his books.” 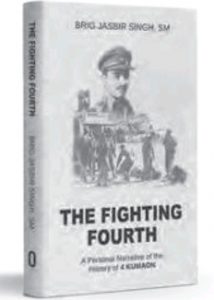 ‘Once Upon a Time in RIMC’ is a thrilling account of happy days at Rashtriya Indian Military College. Boys of RIMC never really grow up, and happily, the spirit of adventure and mischief lives on, even after many winters have passed. For nearly a century,
Rimcollians have done the three Services proud, and Civvy Street, too. Known for their camaraderie and spirit of never accepting defeat or yielding to any adversary, whether in the battlefield or the playground, Brig Jasbir’s humorous book brings alive how mischievous teenagers are forged into soldiers.

‘The Fighting Fourth’ is a personal narrative of the history of 4 Kumaon, Fighting Fourth or 4th Battalion, The Kumaon Regiment (4 Kumaon), raised in 1788. It has fought with distinction and etched its name in the annals of Indian military history with honour and pride. From fighting the Pindaris to quelling the Boxer Rebellion in Hong Kong, the battalion saw extensive action in both the World Wars and the Indo-Pak war of 1947–48, where the gallant actions of the unit saved Kashmir Valley for the Indian Union and changed the course of history in the region. The unit was awarded the Battle Honour ‘Srinagar’ and 57 awards for bravery, including one Param Vir Chakra, three Maha Vir Chakras, 13 Vir Chakras, one Bar to VrC and other awards. In 1965 and 1971, the battalion was awarded battle honours along with three VrCs, one SM and other awards. Brigadier Jasbir presents an intimate, personal account of the glorious history of this fine battalion that has contributed no less than two Chiefs of Staff of the Indian Army and is among the most highly-decorated ones.

Brigadier Jasbir Singh, SM, is a Rimcollian who studied at RIMC from 1962 to 1966. Thereafter, he underwent training at NDA Khadakwasla, followed by IMA Dehradun, where he was commissioned in the 4th Battalion, The Kumaon Regiment, or 4 Kumaon (Fighting Fourth). He was wounded during operations behind enemy lines in East Pakistan in the 1971 war and decorated twice for gallantry during operations. After serving for 34 years in the Army, he now leads a retired life in the hills of Ranikhet and spends his time painting and writing on military subjects. He is the author of nine books and numerous articles. His father, Brigadier Balbir Singh, MC, was also from the Kumaon Regiment and escaped from a Japanese POW Camp in Singapore during World War II: an exploit detailed in Brigadier Jasbir’s earlier book The POW Who Saved Kashmir.

Garhwal Post has established itself as a credible, balanced and forward looking newspaper in India. Based in Uttarakhand, the daily is read by the aware, socially and culturally responsible, high-income elite of society.
Contact us: info@garhwalpost.in
earliest easter date 100 percent free muslim dating sites