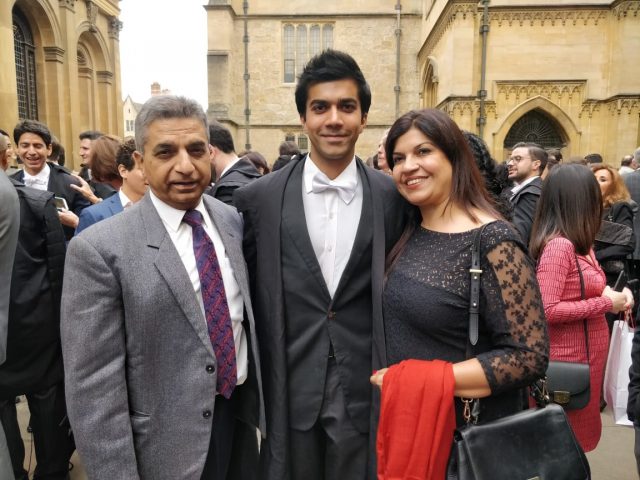 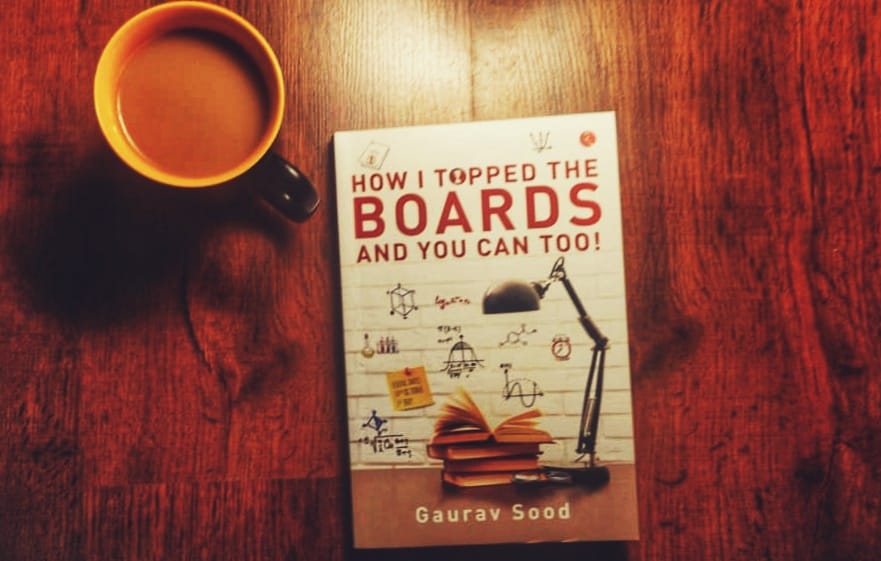 Gaurav Sood, a brilliant student from Doon hit headlines years ago when he secured 99% in his ISC exams. He graduated from The Doon School as the all-India ISC Board Examination topper in 2008, securing the highest marks in India’s history.
He is in news yet again this year with the release of his maiden book by Rupa, based on his experience of topping the exam, when he was barely in his teens.

Asked how he reacted to all the euphoria generated due to his exceptional achievement he quips, “To be the best is an indescribable feeling. Especially when it’s in something as important as the Boards. Since I’m not the smartest person you’ll meet, I was and continue to be invariably asked –
‘How (on earth) did you top the boards!?’ ‘More importantly, how can you?’. And invariably I would say that the secret isn’t ’study till you’re a sleep-deprived zombie.’
Unfortunately, it also isn’t ‘mum fed me steroids/ dad taught me to cheat.’
The secret recipe? Connecting the dots. You don’t need to be a prodigy studying 25 hours a day to ace an exam—you just need to work smart.”

Gaurav’s book is titled, How I topped the Boards and You Can Too. He shares the methods that helped him top the boards. His aim is to guide students to best prepare for the most important exams of their life.
Gaurav was born in the town of Dehradun, the older of two siblings. When he was 12, he cleared the Doon School entrance examination and went to boarding school, which is where he grew up.

Reminiscing about the first few years of boarding school he states, “They were tough. As a child of 12, I could never quite figure out why my parents wanted me to live apart from them, when they lived just a few minutes away. Like everyone else at The Doon School, I was only allowed to see my parents 6 times in 4 months and call them for 3 minutes twice a month. Since meeting or calling parents wasn’t an option, I began to write letters to my mom. As I would often be crying while writing these letters, many of these letters (that his mother still has lying with her) have tear stains on the paper and smudged ink from where the tear drops fell on the ink.”

His mother, Jyoti admits it broke her heart to receive the letters, but she knew that getting through this phase would be in his best interest. She wasn’t wrong as letters were to be Gaurav’s first formal foray into the world of writing.
Talking about his love for writing Gaurav avers, ”
From a young age, I discovered a fondnessfor the creative arts. When I was twelve, I picked up a guitar and would strum on it for hours, teaching myself by listening to others. I loved it so much that I would play till my fingers bled.”

Continuing he states, “I would come home from school over the summers and record music on amateur music software, with no idea whatsoever of what I was doing. I learnt a lot during that period of trial-and-error, armed with a pair of hundred rupee earphones and a converter that plugged my Fender guitar into the computer.”

But most of all he says that he came to realize that he didn’t just love playing music, he had a growing desire to write and create something of his own, be it music or prose.

He says “I was just beginning to realize my love for writing. I’d write about things I felt strongly about. At first it was simple poems and short stories, which overtime gave way to songs and manuscripts. It was the most honest way for me to express myself. The sense of pride I’d feel after creating something original was incredible. It’s what keeps me going.”

Growing up years for him were memorable. He began to develop a keen interest in writing prose and music. Always a hard-working child, Gaurav maintains that he was also fairly decent student – smart, but not an extra ordinarily gifted student. To quote from his book, “I was a normal kid growing up. Average, really. I wasn’t the top of my class. I was that kid who was bright – you know the kid who was supposed to do well – the top 10 percent, but nothing exceptional? That was me, pretty much.”

All-in-all he was a normal kid with normal friends and normal hobbies.

He recalls that after
he topped the boards in 2008, he was often asked, by parents and students alike, what it was he did that allowed him to secure the highest marks in the country’s history. He realized that there were a lot of students who could potentially benefit immensely from a single source that helped them understand how to tackle one of the most significant examinations. of their lives.

In 2017, Gaurav received a full scholarship to pursue his Master’s degree at the University of Oxford. With a few months for his degree to begin, Gaurav decided to give it a go.

“I just opened up a Word file and began typing. I pretended I was talking to someone, which greatly influenced the casual tone of the book, while simultaneously aligning with my natural relaxed persona.”

Before he knew it, he had penned down around a hundred pages worth of material. When he showed a draft to his mother, she immediately urged him to reach out to a friend of the family – Randhir Arora, owner of Book World – one of the most respected intellectuals in Dehradun. Arora saw the potential in the manuscript and told Gaurav to continue writing and return when he had finished the book, offering to share it with a few publishing houses.

Just before he was due to leave for Oxford, Gaurav swung by Randhir’s store and dropped off his completed manuscript of How I Topped The Boards And You Can Too! And then left the country.

Two months later he says he cried for the first time in years when he woke up to find an email from Rupa publication saying that they wished to publish his book.

At the crux of How I Topped The Boards And You Can Too! are the experiences, methods, tips and life hacks that allowed Gaurav to top the boards, interwoven with examples, personal stories written in a funny, easy-to-read style. The book itself is about connecting the dots and working smart, so that students in classes 9, 10, 11 and 12 can best prepare for the most important exams of their life.

Gaurav’s biggest influences growing up were authors like Roald Dahl, P. G. Wodehouse – writers that had a knack for finding humour in the unlikeliest of places. It’s no surprise then that Gaurav’s style of writing in the book is simple, casual, and funny, almost conversational, as though he were speaking rather than writing – apt given that many of the readers of the book will be children.